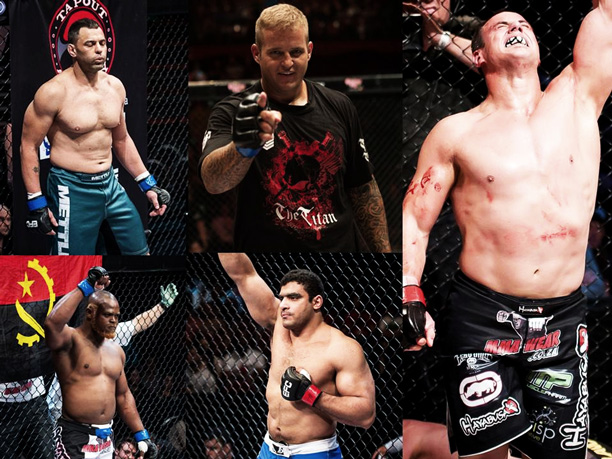 Johannesburg (South Africa) – At EFC AFRICA 21 a massive four heavyweight bouts take place. The night is certain to uncover a new top contender in the matchup between Bernardo Mikixi and Sors Grobbelaar, and with the debut of Vandam Mbuyi, the return of former champion Ruan Potts against Egypt’s Mahmoud ‘Hellboy’ Hassan as well as Lance Ceronio taking on Tiny Strauss, the Hexagon is set to shake.

The first heavies to take to make an appearance are Egypt’s Mohammed Karim and new Congolese signing Vandam Mbuyi. Karim is an Egyptian boxing phenomenon with the sledge hammer fists come to be expected from Egyptian Top Team. Mbuyi is a Judo black belt with punching power no less awesome. Karim has tasted defeat in the Hexagon only once; at his debut and to no less than current heavyweight champion Andrew van Zyl.

Tiny Strauss makes his return against Lance Ceronio half way up the prelim card in a battle where both have their backs against the wall. Strauss is on a loss, Ceronio is on a loss and making his debut in the division after coming up from light heavy. Expect an all-out strike war from these desperate men.

Ruan Potts, after the only loss of his career to current champ Andrew van Zyl, was denied his re-entry to Africa’s biggest stage at EFC AFRICA 20 with the pulling off of his opponent. On July 25 he gets his chance against an athlete that possesses the antidote for Potts’ incredible, all round skill. Mahmoud ‘Hellboy’ Hassan has some of the heaviest hands on the continent. He dropped Ricky Misholas and will be looking to do the same to the former champion, a man whose jaw Hassan suspects to be his glaring weakness.

Bernardo ‘The Black Panther’ Mikixi, the Angolan wrecking machine, faces Sors ‘Guru’ Grobbelaar in a war that guarantees massive hits and monumental takedowns. Mikixi’s weapon is the hammer fist, used to complete his devastating Judo throws, while Grobbelaar is a strategic kickboxer with the ability to absorb massive punishment. Both men have vowed that this bout will not go the distance. If it does it could turn into one of the greatest heavyweight wars in history.