Du Plessis can’t wait to get into the Hexagon 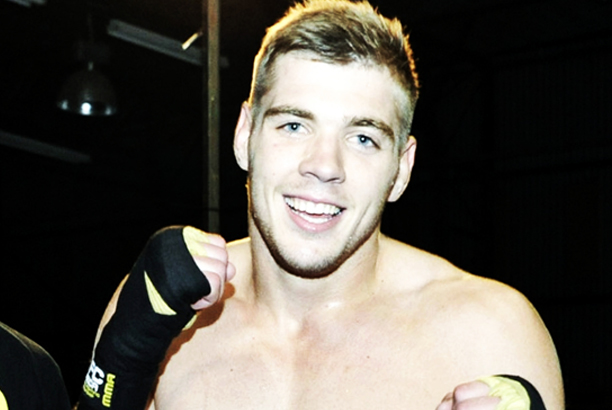 Johannesburg (South Africa) – At EFC AFRICA 21 Dricus du Plessis, the 19 year old KI WAKO world champion with a record of 30-0 (including 27 T/KO’s), makes his Hexagon debut. Not since the signing of Don Madge has a young fighter with such an incredible record and pedigree prepared to debut in the Hexagon, and not since Madge’s first appearance has there been such interest in seeing just how advanced a young fighter’s skills are.

‘Training is going great,” says the University of Pretoria Agricultural student. “We’re doing six hours a day at the moment. Wrestling in the morning with Attila [Barna], then I’m doing standup in the afternoons with Leon [Mynhardt], Michiel [Opperman] and Tumelo [Maphutha]. We’re sparring every day. My body’s sore, but it’s good.”

“I was under a lot of pressure,” he says of the experience. “The first round was the biggest shock, powerful low kicks were being landed, quite a new experience for me and I choked up for the entire round, basically just trying to keep my posture. Trying to impress the judges I realized hard punches were the only cure for my big Russian opponent and punching away got him startled and the judges impressed. Starting the third round behind on the scorecard I had to stick to the punches and I did, which led to a very proud moment in my career; winning the world title.”

Since his EFC AFRICA signing was announced rumours have begun to circulate, saying that Du Plessis is not in fact a world champion and that his record is inflated.

“My story is real,” says Du Plessis in response. “This is why I want to get into the Hexagon. I want to show everyone who I am and what I’m capable of. This is my dream. I’m not saying I have to knock him out. I want to win the fight and prove that I deserve to be here, even if I am only 19.”

“Tez [Makuebo] is pretty short,” says Du Plessis of his opponent at EFC AFRICA 21. “So I’m definitely going to have a reach advantage which means I like the standup aspect of the fight. He’s very strong, that’s obvious, but he’s not skilled on the ground. He has a decent punch but I feel he is slow and flatfooted. I’m looking forward to this fight.”

With an amateur MMA record of 3-0 Du Plessis is currently undefeated in any combat appearance. Regardless of his age he poses a massive threat to the entire middleweight roster. July 25 will reveal just what sort of skill and heart this young fighter is capable of.