Punisher Out, The Frenchman To Face Fadipe 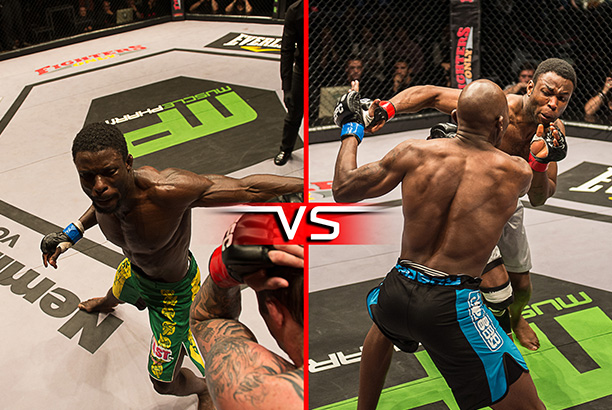 Johannesburg (South Africa) – Martin ‘The Punisher’ van Staden has had to pull out of his EFC AFRICA 21 main card bout against Nigeria’s own Irishman, Henry ‘Herculeez’ Fadipe, due to a month long bout of flu that has kept him from training. Congolese ground and pound specialist Francois ‘The Frenchman’ Kabulu will be taking his place. Further changes have been rung with Brendon Groenewald falling off the prelim card due to injury, making way for Wilhelm ‘Tiny’ Strauss to battle Lance Ceronio at heavyweight.

“I’ve had bad flu for four weeks,” says Van Staden of his situation. “I haven’t been able to train in that time. I’ve been taking course after course of antibiotics. I’ve tried to stay active, just doing some lifting, but even that doesn’t work. My doctor’s advised me not to get my heart rate above 120, basically just walking takes it over 100.”

Van Staden expects to be able to return to training soon and aims to appear on the EFC AFRICA 22 card, taking place on Thursday, August 15.

Of the new matchup between Fadipe and Kabulu, van Staden is interested to see the action unfold.

“Fadipe’s explosive,” said the Punisher. “He’s got some good skills. I’ve fought Francois and the guy’s big and very strong. It’s going to be a tough battle for Fadipe.”

Fadipe is coming off a draw against Tumelo Maphutha at EFC AFRICA 18, a well fought performance where the then debutant took the KO King all the way to the hooter – a man that very nearly finished Garreth McLellan at last week’s EFC AFRICA 20.

Kabulu is currently sitting on four wins and will be looking to dismantle the Irishman in search of his own title shot.

There is one remaining slot on the EFC AFRICA 21 prelim card. Expect the last fight to be announced today.