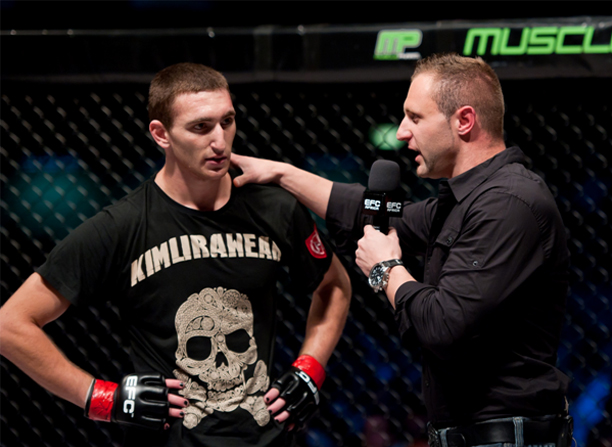 Muller after his loss to Wade Henderson, EFC AFRICA 12.

“My last fight against Wade Henderson was the worst night of my life,” says Muller. “It was the wakeup call I needed to train properly. After that fight I realised that there was a whole lot I needed to do if I wanted to compete at this level.”

In the year and a half that Muller has been away he’s undergone intensive training.

“I didn’t really know how to fight,” he says. “I had a pretty decent ground game but I wasn’t really ready to be here. I’ve gone away, I’ve become ready, and now I’m back.”

Currently training under head and wrestling coach Brad Bloch, Muller has focused in on every aspect of his training, appointing specialist coaches for all fields.

“When I first started fighting I had this false confidence. I thought I could fight. I thought I knew what was up and I didn’t. Now I’m a lot more grounded,” says Muller. “I’m surrounded by guys who kill me every day, it’s great,” he adds. “That’s where I want to be, constantly improving.”

“I asked for the fight against James,” says Muller. “We trained together a few times then I heard he was talking shit about me, how he beat me up in training, which didn’t happen. I’m looking forward to getting into the Hex with him; he’s a good matchup for me.”

“To win is the objective,” Muller concludes. “I’ve got a list of guys whose asses I want to kick. Starting with James.”