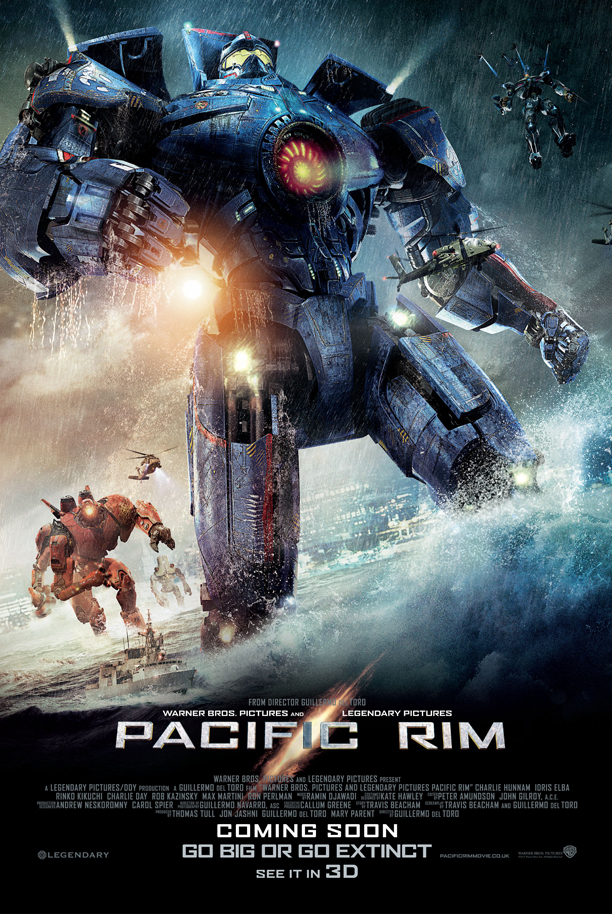 “This partnership is the first of its kind for combat sports in Africa,” says EFC AFRICA president Cairo Howarth. “Pacific Rim is a great film to partner with, plenty of action, which will appeal to our worldwide, passionate fan base. We’re looking forward to taking this concept into the future on many other great projects.”

The sci-fi action adventure film is directed by Guillermo del Toro and produced by Warner Bros. Pictures and Legendary Pictures. The story is as follows:

When legions of monstrous alien creatures, known as Kaiju, started rising from the sea, a war began that would take millions of lives and consume humanity’s resources for years on end. To combat the giant Kaiju, a special type of weapon was devised; massive robots, called Jaegers, which are controlled simultaneously by two pilots whose minds are synched via a neural bridge called “The Drift.” But as the enemy grows more powerful with each attack even the Jaegers are proving nearly defenseless in the face of the relentless Kaiju. On the verge of defeat the forces defending mankind have no choice but to turn to two unlikely heroes – a washed up former pilot (Charlie Hunnam) and an untested trainee (Rinko Kikuchi) – who are teamed to drive a seemingly obsolete Jaeger. Together, they stand as mankind’s last hope against the mounting apocalypse.

“We are very excited about this partnership with EFC AFRICA as it is the fastest growing sport in Africa and a great platform to showcase the magnitude of Pacific Rim,” says Driki Van Zyl, representative of Warner Bros. Pictures. “The synergy between this high-octane blockbuster and the energy of EFC AFRICA lends itself to a fruitful partnership with mutual benefits for engaging with fans at the live events, on TV, social media and online.”

The South African Pacific Rim premiere takes place in July where many of EFC AFRICA biggest stars will be in attendance.