All the new men talent from August 15 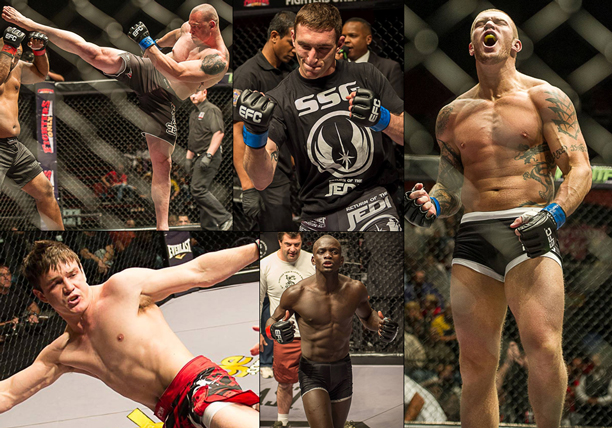 Johannesburg (South Africa) – A total of nine athletes made their debuts at EFC AFRICA 22 last Thursday. Out of those nine five put in huge performances, setting a marker for big careers on Africa’s greatest MMA stage. Here’s a rundown of the men that impressed.

Johannesburg’s own but currently UK based Fraser ‘The Omen’ Opie entered the Hexagon for his clash with powerful Egyptian striker Mohammed ‘Felx’ Aly. Opie, originally slated to face Chris Du Pont in March but ruled out due to a back injury, is an athlete with a huge international reputation that African MMA fans have been desperate to see in action. The man lived up to the hype with a GnP demolition of the Egyptian only 1:51 into the first. Taking his existing experience into account one has to assume that Opie will soon be facing interim light heavyweight champion Gideon Drotschie. With the potential return of Norman Wessels, Opie is a massive new talent in a division suddenly looking a whole lot richer.

“Drotschie’s very slick on the ground,” Opie has been quoted as saying, “I’d love to have a crack at him.”

Morne Prinsloo entered the Hexagon for the first time with an extremely impressive Judo and wrestling career behind him but was up against the world K1 top ten graded Chimmy van Winkel (also making his EFC AFRICA debut). Prinsloo impressed with a massive suplex right off the bat followed by continuous top control pressure and solid ground and pound. Van Winkel had no answer for the onslaught and tapped 3:06 into the first. A massive debut performance from Prinsloo. Who will he face next?

Roelof Scheepers made his debut against Egyptian wrestler Koko Hammer and smashed his way to notoriety. Although Hammer offered very little resistance and Scheepers will need to be measured against tougher opposition, and soon, the man showed just the kind of all-round ability that could shoot him straight to the upper regions of the heavyweight pile.

Josh Muller, while not a true debut, made his return to the welterweight ranks after leaving the EFC AFRICA organisation just over 18 months ago. At that time, after a series of sub-par performances, Muller decided to up his game in all aspects with intensive training and competition at other events. At EFC AFRICA 22 he faced debutant James Saks, a BJJ South African and Abu-Dhabi International champion, and put on a massively improved display. Muller was solid, confident and aggressive, putting Saks away by submission 1:19 into the first. ‘The Jedi’ is most definitely back.

Panther Fighting Arts’ Themba Gorimbo entered the Hexagon with a little known reputation facing the experienced fists of Juan Lubbe. The Capetonian blasted his way to victory with an unrelenting attack that had Lubbe on the back foot from the outset, finally laying vicious GnP before catching ‘The Legacy’ with an armbar and finishing him at only 3:48 into the first. Here’s another huge prospect in the welterweight division, and another reason to fear the Panther Fighting Arts Team, now boasting a seriously tough sparring pool with the likes of Ilunga, Kabulu, Mdoku and now Gorimbo.

Who will these athletes face next?