Herculeez Calls Out The Punisher

“Keep underestimating me. I’m going to use you as a scapegoat” 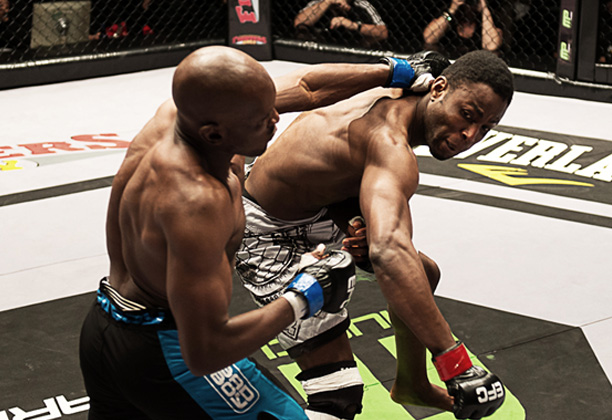 Johannesburg (South Africa) – Henry ‘Herculeez’ Fadipe is an Irishman from Nigeria, a 21 year old athlete with a record of 5-4-1 and a single appearance in the EFC AFRICA Hexagon. On August 15 he faces the 29 year old, 20-7 Martin ‘The Punisher’ van Staden, and is not intimidated in the slightest.

“You were the first EFC fighter I met on my first visit to headquarters,” said Fadipe in a message straight to the Punisher. “I’ve been watching you since and knew I’d face you someday.” “I didn’t know it would be so soon,” he continued, “you’re in for the shock of your life. Keep underestimating me. I’m going to use you as a scapegoat. My fight with Tumelo only went the way it did because of the mutual respect we had for each other’s ability. Don’t think you’ll be that lucky.”

Fadipe faced fastest KO king Tumelo Maphutha at EFC AFRICA 19 and fought the fearsome striker to a split draw, doing more to engage him, it must be said, than many of Maphutha’s other opponents. He has a skill set not yet fully shown but that promises lightning speed in all areas and solidly accomplished ground skill. Having absorbed the strikes of Maphutha for three rounds he will be confident to face the same barrage from Van Staden.

“I’m young now, I’m looking to gain as much experience as possible,” says the Irish Nigerian. “Give me about two years, or less, and the world will know Herculeez.”

Ireland’s young fighter certainly has the heart, but does he have any idea of what he’s really up against? August 15 will tell all.