‘The Professor’ to face Akleker 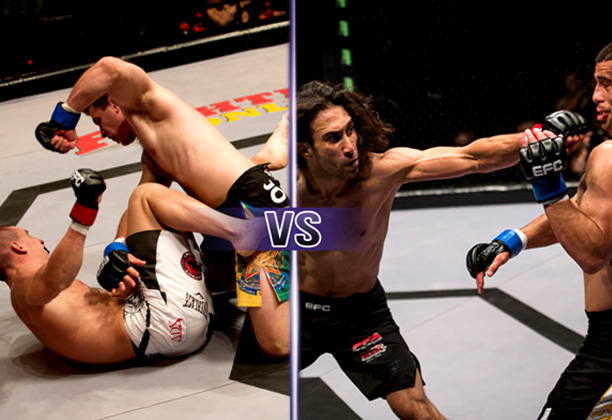 Johannesburg (South Africa) – Alex ‘The Professor’ Cheboub and Khalil Akleker were first scheduled to face each other at EFC AFRICA 20. On that occasion Akleker, a renowned BJJ (Brazilian Jiu Jitsu) brown belt, was forced to pull off of the card due to personal reasons. At EFC AFRICA 23 this bout finally comes to pass.

Both athletes boast incredibly sophisticated skill sets. Akleker is famous for his dedication to the craft of Brazilian Jiu Jitsu, once refusing the offer of grading to a black belt as he himself felt he was not ready to make the transition. The athlete made his debut at EFC AFRICA 16 against Wade Groth and, despite coming off second best, put on a spectacular all round MMA display with the bout going the distance. As a member of Don Madge’s camp, Akleker’s striking abilities will be something to watch, and respect.

“Khalil’s wanted to fight Cheboub for a while,” says Mike Mouneimne, Akleker’s coach. “He respects him as a fighter but most of all he’s looking for the opportunity to showcase what he’s really capable of. He knows the mistakes he made against Wade, he’s not making them again, he’s amped to fight.”

Cheboub is a former lightweight title contender and stalwart of the EFC AFRICA organisation. Equally dangerous on the ground and standing, he is known for an unorthodox style that often has opponents guessing. In his last outing, at EFC AFRICA 20, he battled debutant Sibusiso Mdoko in a dazzling three rounds which had Cheboub fighting hard to stay in it, only landing of an out of nowhere scorcher of a right hand in the third to take the advantage and ultimately the fight.

“I’m looking forward to the challenge,” said the Professor earlier today. “I think Akleker is an underrated fighter. His ground skills are formidable.”

Expect precision skill and brutal intent when these two finally meet in the Hexagon.