Fighting For Something More 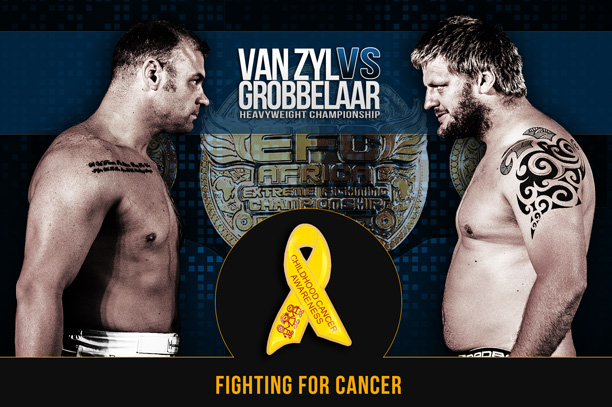 Johannesburg (South Africa) – Andrew van Zyl vs. Sors Grobbelaar has turned into more than an epic clash for the title of heavyweight champion of Africa; both men have dedicated their fight and their potential victory to the battle against cancer.

Grobbelaar got the ball rolling by dedicating his bout to global Child Cancer Awareness Month, running through September, and has manufactured 1000 gold armbands to be given out to fight fans free of charge, so that they can show their support.

Grobbelaar got involved with child cancer awareness in 2011 when an 8 year old school friend of his daughter was diagnosed with brain cancer. Grobbelaar used his training camp for a Muay Thai fight as a platform to raise money for young Estian Nel and his family. Tragically, Estian died the day before Grobbelaar’s fight, just hours before they were to meet.

Today Grobbelaar dedicates each of his fights to Estian, and has his name and the date of his passing tattooed on his right wrist. Today he is also an ambassador for the Little Fighter Cancer Trust, a body that provides free care for child cancer sufferers and their families.

When Andrew van Zyl heard of Grobbelaar’s initiative he immediately said he would get involved. One of his students, Matthew Martins, is currently undergoing chemotherapy treatment for Leukemia. Van Zyl knows about the cost involved for treatment and wants to support his student’s family through this time.

EFC AFRICA have pledged R5k to the winner of this bout, to donate to the cancer cause or charity of their choice.

Fight fans can collect their free Team Guru gold armband at the door to the venue, in this way showing their support for Child Cancer Awareness month. A donation box will be on hand for fans to donate to the Little Fighter Child Cancer Trust if they’d like.

Early diagnosis of childhood cancer can vastly increase a child’s chances of survival. Here are some early warning signs to look out for: 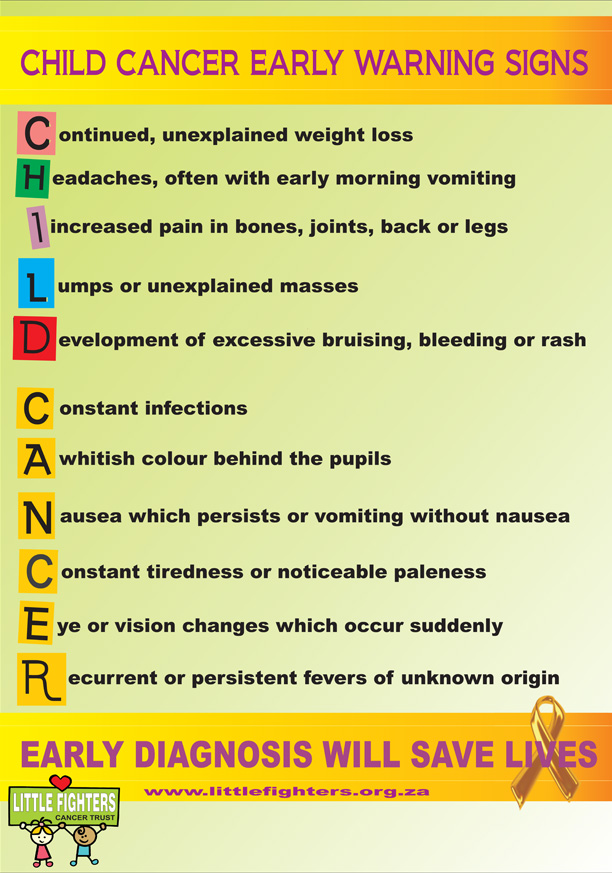