“It’s Going To Be One Tough Fight” 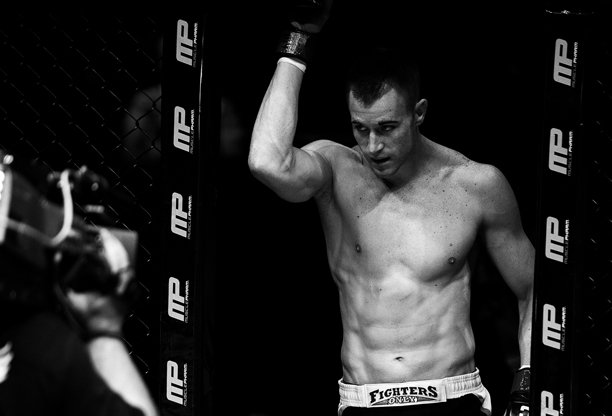 Johannesburg (South Africa) – It’s only seven days until Boyd Allen goes head to head with Wesley Hawkey. Allen’s been asking for a tougher opponent, at EFC AFRICA 23 he gets it. Here Allen talks about the biggest fight of his career so far.

Wesley has a new coach in Clint Walters. How much of a difference do you think a fulltime coach is going to make to his game?

Having Clint as a full time coach can only do you a world of good, it will help for sure.

How has your camp gone so far?

My camp has been a tough one, but it’s always an experience that you will learn from each and every fight.

Wesley was impressive against Demarte Pena, narrowly losing, but lost form when he faced Ilunga. Do you think he’s bounced back?

I’m sure he will be at his best, you have to be when you step in to fight.

Do you think Wesley’s sparring team at BOD can compare to what you’re up against at FFM?

I think we both know FFM has a lot more sparring depth, but that doesn’t mean he doesn’t have quality sparring too.

Both you and Wesley come from big boxing backgrounds. Who’s got the better hands?

Wesley’s coming off a loss, you’re undefeated. At the moment he’s seen as the underdog coming in to this fight. Would you agree?

I don’t see him as the underdog, he has experience and can change a fight in his favour at any time.

Does who’s seen as the favourite matter?

You’ve said that you’re looking for the perfect war, and that you’re hoping Wesley can give you that. What excites you about him as a challenge?

He’s tough and he likes to fight and test himself as do I.

Where do you see his weaknesses?

I’ll tell you when I find one.

Is there anything specific you’re looking to achieve in this fight?

Nothing specific, but taking the win would be a great start.

How do you see it going?

It will be a tough fight with a lot of back and forward exchanges and the sharper of the two of us will come out on top.

Do you have any words for him?

Do you have anything else you’d like to say?

I hope everyone enjoys this event let’s hope it’s a great one!