Henderson Has No Fear 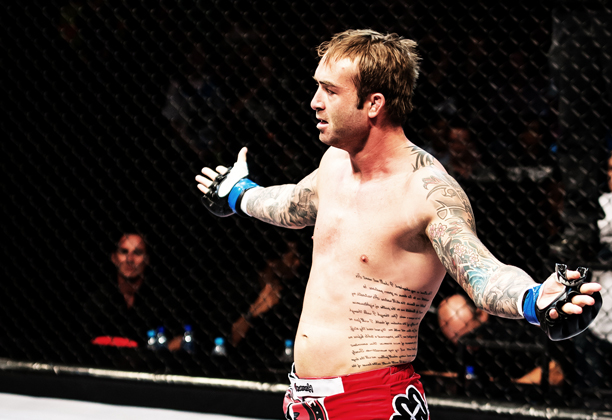 Johannesburg (South Africa) – Wade ‘G.O.A.T’ Henderson faces David Buirski, the most senior of the three Buirksi bros, in a top of the prelim card welterweight encounter at EFC AFRICA 24, October 10.

Fresh from a six week training camp in Brazil, Henderson is amped for the coming fight, and happy to give his views on his opponent.

“David should rather phone Graeme [Cartmell, EFC AFRICA matchmaker] and tell him he’s not going to fight,” said Henderson in an interview given yesterday. “David’s talented, he’s got some skill, but he’s way out of his depth with me.”

Looking at Buirski’s recent fights, Henderson had even more to say.

“Tyron [Rightford, EFC AFRICA 19] had the right game plan,” he said. “Let David dance around like a magic fairy, then knock him out. I’m pretty much going to do the same.”

“Nic [Radley, EFC AFRICA 21] was schooling him in the standup,” said Henderson of Buirski’s most recent bout, “then David took him down. David’s more than welcome to come swim with me on the ground. If he wants to swim with the great whites he’s going to get eaten.”

Henderson feels his time in Brazil has given him a huge extra edge.

“It was awesome,” he said. “I was on the mat with seven black belts a day. A couple of world renowned fighters in four hour sessions at a time. It was insane, it was great. I’m a completely different fighter. I’ve got that hunger back.”

“David best land something lucky,” he concluded, “because apart from that it aint happening.”

Henderson’s baiting of Buirski began on September 6th, not long after this bout was signed, with the following WhatsApp message to EFC AFRICA president Cairo Howarth.

“Please have the medics on hand, I plan on ripping David a new a**hole”

In just 14 days these two will have it out in the Hexagon. No doubt Buirski will be happy to test Henderson’s theories then.