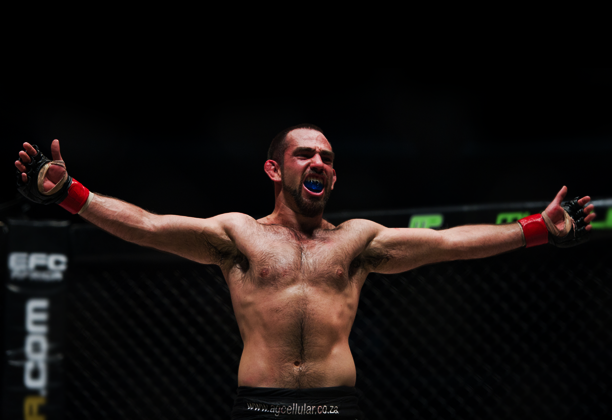 Katz is the king of the KO, having dropped Mark Jones with a single uppercut at EFC AFRICA 04.

Gareth Buirski, his opponent, is just as much of a blue blood with his overhand right KO of Markus Taljaard at EFC AFRICA 16.

These men are similar in other ways too. Both have immense power, both are go forward, aggressive athletes, and both have an endless gas tank.

He added to that with statements made earlier this morning.

“I’m like Buirski’s Eskom,” he said, “sooner or later I will be putting his lights out.” “I don’t need to do anything different,” he continued. “If I treat it as another day at the office, do just what I do in the gym, he’s getting put away.”

On his long absence from the Hexagon, and his experience competing in the UK, Katz had a further point to add.