‘One Gear’ hits the nation’s shelves 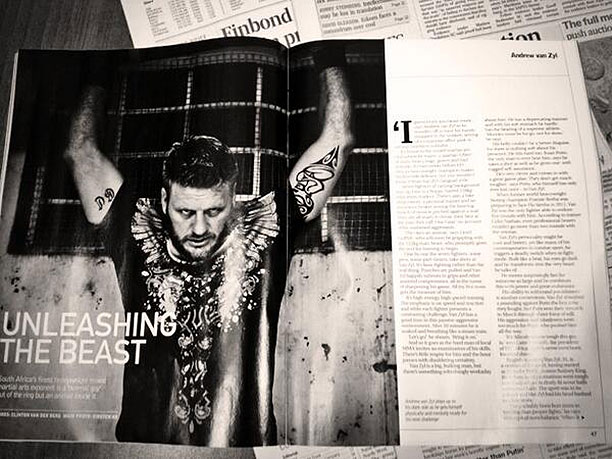 “I guess I turn into beast mode,’ says Andrew van Zyl as he trundles off to have his hands wrapped in the unlikely setting of a corporate office park in Joburg’s northern suburbs…”

“Seven fighters of varying background line up. One is a floppy-haired 128kg education student. There’s also a bike shop owner, a personal trainer and an insurance broker among the heaving bunch of muscle pitched against a wall. They are all ready to throw their best at the man they call ‘One Gear’ on account of his sustained aggression.”

The magazine retails at R29.95 and can be found at all major South African outlets. A digital copy of the magazine can also be purchased online.