Andrew Will Be My Reward

Potts wants a piece of Misholas 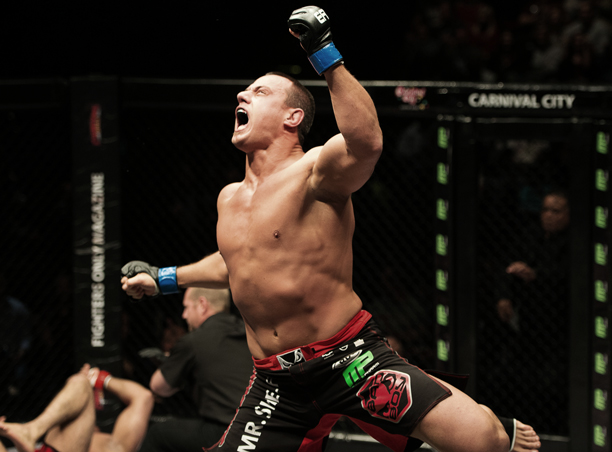 Johannesburg (South Africa) – Ruan ‘Fangzz’ Potts faces Ricky ‘Apocalypse’ Misholas in a heavyweight bout at EFC AFRICA 24. In an interview given today, he reveals that this fight is about proving a point, and getting his title rematch.

Misholas says he sees weakness in you. What do you think he’s talking about?

I think he is talking about my ground game. I’ll have to work on it.

Misholas bowed out of your last fight. How angry were you?

I was extremely disappointed that he pulled out last minute as I could have got a worthy replacement opponent in his place. I trained really hard for that fight and put in endless hours of blood, sweat and tears and of course all the costs of a training camp.

Do you still think he was unprofessional on the night, even that he avoided you?

Definitely. I not only let my friends, team mates and family down but my sponsors, SuperSport, EFC AFRICA and most of all my fans. They paid good money to watch a battle.

Are you wary of Misholas’ right hand?

As I said previously, this is MMA, not boxing. Is he wary of my left hand, right hand, elbows, knees, kicks, BJJ, wrestling, judo, etc.? So no, definitely not.

Where are you focusing your training for this fight?

I am focusing on all aspects as I always do. Focusing on one aspect does not make you a better fighter and doesn’t improve your arsenal.

Are you looking past Misholas, and straight at the champ, Andrew van Zyl?

I always take one fight at a time and never underestimate any opponent. Andrew will be my reward.

Misholas wants to stand and bang and I am willing to oblige but I’ll be using more than just a right hand.

He will be training his boxing and his takedown defence, unfortunately you can’t train something for a few months and think it is going to work for you. You need to be an all-round fighter. What happens if he breaks his right ‘wonder’ hand as I did in my first fight with Andrew? You need more than one weapon.

I will do what I need to win and win my prize for my fans – Andrew!

Any words for him?

Misholas, you should have taken the first fight. I don’t like upsetting my fans. You will pay for their disappointment.