EFC AFRICA: Representing The Continent To The World 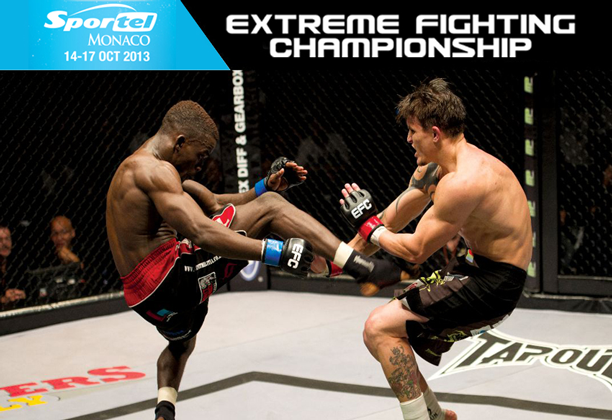 Johannesburg, South Africa – Sportel is the world’s leading convention for the sport television and media industry. This year EFC AFRICA is representing their brand alongside the world’s best.

EFC AFRICA is the only African company exhibiting this year, promoting African sports and helping to take the EFC AFRICA brand and athletes to more viewers in more countries all around the world.

“We’re at Sportel this year to get EFC AFRICA on as many televisions around the world possible, and to further promote our brand to the world,” said EFC AFRICA president Cairo Howarth. “2013 has been an incredible year for us. Our goal here is to further the reach of our brand, and the promotion our athletes enjoy globally.”

With over 100 athletes exclusively contracted to the organisation from across Africa (Angola, DRC, Nigeria, Egypt, South Africa and more), EFC AFRICA is the continent’s leading MMA organisation, and in terms of international reach, Africa’s leading sporting brand.

Currently EFC AFRICA events are broadcast to over 110 countries across the globe in multiple languages across numerous TV networks. EFC AFRICA’s live broadcast is available to millions of homes across Africa on SUPERSPORT, the Middle East on Abu Dhabi TV, Romania on Transilvania Live! (two hour delayed live feed) and in the USA, Canada and the Caribbean on FIGHT NOW! TV with additional territories and networks being announced soon.

“There is a huge global demand for our unique brand of African MMA which showcases world-class athletes and fights,” said Howarth. “We’re looking forward to the opportunities 2014 will bring.”

The Sportel convention takes place from 14 – 17 October in Monaco.