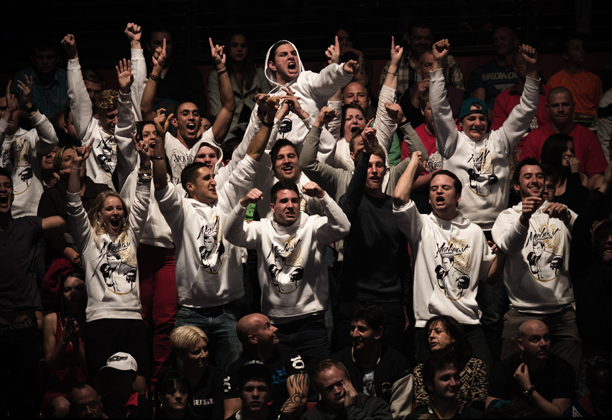 Johannesburg (South Africa) – This Thursday, at EFC AFRICA 25, Madge supporters and every other represented gym in Cape Town get the chance to compete for the EFC AFRICA top gym award, awarded at every event to the gym showing the most support. Cape Town gyms represented on the night are:

Many athletes are travelling from out of town. The gyms they represent are:

In June this year Don Madge beat Costa Ioannou for the lightweight title. On that evening he faced a sea of Costa’s Army, behind him only a small contingent of his ManBeast brigade. Despite being far away from home, the men from the Cape took second spot in the gym competition.

November 7 is Cape Town’s first opportunity to show the world what they’re made of. Which gym will take top honours on the night? Support your boys!

EFC AFRICA 25, presented by MusclePharm, takes place on Thursday 07 November at the GrandWest Grand Arena, Cape Town. Tickets on sale now at www.computicket.com. Stream the entire event, live and in HD, from efcafrica.tv.