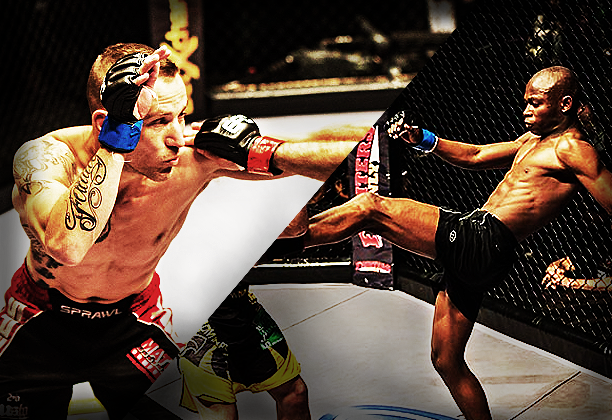 Johannesburg (South Africa) – For the first time in EFC AFRICA history two teammates will battle it out for their division’s top spot. Charlie Weyer and Nkazimulo Zulu will face off for the vacant EFC AFRICA bantamweight title. The two athletes are fighting out of Northcliff, Johannesburg’s Tapout Academy, making this bout an historic occasion for EFC AFRICA and African MMA as a whole.

“Both Charlie and Zulu have proved beyond doubt that they are the top contenders in the bantamweight division,” said EFC AFRICA president Cairo Howarth. “We discussed splitting camps with them but both ultimately decided that they would rather stick with their current coaches. It’s a unique situation, but one that we think can work very well.”

“Fighting for the belt is the most important thing to me,” said Weyer. “We’ve proven ourselves to be at the top of the division. I’ve fought a friend before. Zuluboy and I are athletes, we both want this, nothing is going to stop us from putting on our best performance on the night.”

Tapout coaches Walter Wendt and Wiekus Swart confirmed that they had not taken the decision lightly.

“We’ve been discussing this for over a month,” said Swart. “It’s something that will be new to all of us. Personally, it’s going to be hard for me to see my boys fighting each other, but this is the game, and this is the situation. We’ll be working as hard for this as for any other fight, against any opponent.”

Wendt confirms that Weyer and Zulu will have individual coaching, with Weyer receiving mainly standup instruction from Wendt and Zulu pairing with Swart as his grappling coach.

“This is a fight,” said Zulu. “It’s not about hating each other, it’s about doing what we do. We’re going to fight each other hard. Like always, the one who wants it more is going to take the belt.”

“To my knowledge a title fight between teammates who continue to train from the same camp has not happened anywhere else,” said Howarth. “We’re excited by the opportunity it brings to see a new aspect of MMA. We’ll be documenting their training camp closely. Both Weyer and Zulu are massively skilled athletes.

Apart from being the first title teammate vs. teammate title battle, Weyer vs. Zulu will also be the inaugural EFC AFRICA bantamweight title bout, the winner becoming the division’s first champion.

EFC AFRICA 27, presented by MusclePharm, takes place at Carnival City’s Big Top Arena on Thursday, 27 February 2014. Tickets on sale soon at computicket.com. The entire event can be streamed live, in HD, at efcworldwide.com/efc_africa_404.php