All the medical stats from EFC AFRICA 25 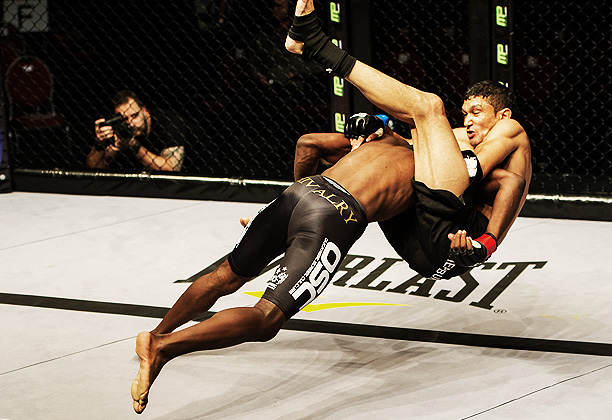 Igeu Kabesa takes Chad Hepburn down in their fight of the night performance, EFC AFRICA 25

Of the 13 bouts that took place six went to a decision, six ended by T/KO, and one by disqualification. Not one submission victory was seen.

Few injuries were sustained on the night, and none serious.