This Is Our Most Important Fight 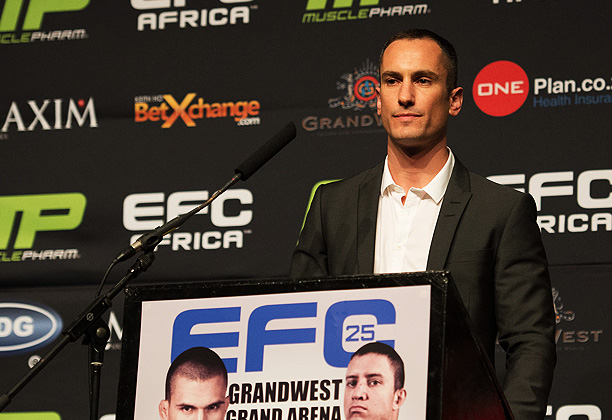 “Andrew and Ruan have proven themselves to be in a league of their own,” said Howarth. “They’ve destroyed all opposition in the heavyweight ranks, and being heavyweights, they’re literally the baddest men on the continent. They’ve each recorded one win over the other, each has given the other his only loss. Andrew’s gone through the pain of losing and overcome it, fighting his way back for a chance at a rematch with Ruan. Ruan has now done the same, tasting his first loss and destroying two men to re-earn a shot at Andrew and the belt. In terms of combat sports, this is the pinnacle.”

“We have had massive local and international interest in this bout,” Howarth continued, “more so than ever before. The feeling among international broadcasters and media is that this is a battle between athletes considered dangerous in any organisation, anywhere in the world.”

“This is history happening right in front of us,” Howarth added. “A title trilogy is a rare thing. It brings a weight of history with it that intensifies the fight. When Andrew and Ruan meet it’s truly to decide, once and for all, who is the better athlete. Both are incredibly hungry. Andrew has spoken about a knockout, Ruan about a quick finish. Chatting with them behind the scenes has shown me that this has become personal for them. They’re locked in a private battle.”

“This is a once in a lifetime fight,” Howarth concluded. “That it’s happening at the Coca-Cola Dome makes it all the sweeter.”