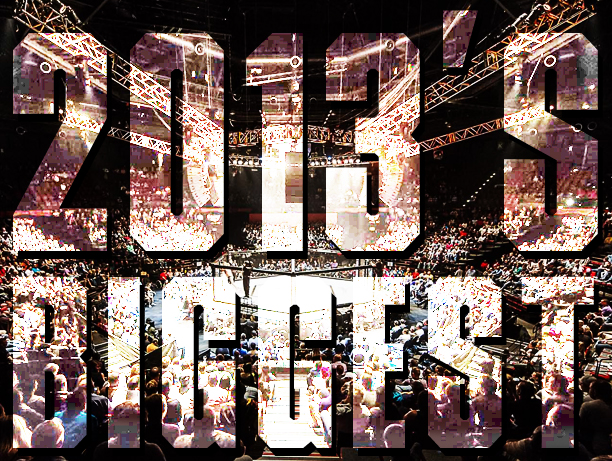 Johannesburg (South Africa) – 2013 was a year packed with unforgettable MMA. Kicking off with the heavyweight title fight of Potts vs. Van Zyl 2, and ending with the conclusion of that trilogy, each event delivered stand out moments. Today EFC AFRICA pick their top fight, knock out and submission of the year.

Submission of the year: Frederich Naumann over David van Schalkwyk

A close call. Ruan Potts set a new African record by finishing Egyptian Mahmoud Hassan in just 37 seconds and got the tap from former heavyweight champion Andrew van Zyl inside a minute. Francois Groenewald was everything a ‘Franaconda’ should be when he put Donnovan Wilken to sleep with a RNC, and Don Madge stunned the world by submitting the master, Costa Ioannou, at EFC AFRICA 20. Our top submission, however, goes to the speeding rocket that is Frederich Naumann for his stunning combination submission on David van Schalkwyk. This maneuver was officially termed a keylock, but the ‘Ninja Lock’ is the way it’s remembered.

KO of the year: Hanru Botha over Kanyeba Anicet

2013 saw a string of massive KO’s. Tumelo Maphutha set a new record by sending Chris du Pont to the canvas in just seven seconds. Henry Fadipe raised the bar on savagery with a double elbow KO of Michiel Opperman. Sors Grobbelaar smashed ‘Tiny’ Strauss with a blizzard of punches and Tyron Rightford dropped a bomb of a right hand that collapsed David Buirski. Frederich Naumann predicted the crumbling of Dallas Jakobi, and delivered, and Nkazimulo Zulu put Lourens Botes down with a headkick. The KO that steals the show, however, is Hanru Botha’s short right hand on Kanyeba Anicet. Why? It’s the first walk away knock out in EFC AFRICA history.

Fight of the Year: Michiel Opperman vs. Dino Bagattin

The toughest call of all. Potts vs. Van Zyl 2 was an epic battle. Ioannou vs. Madge had the world on the edge of their seats. Pena vs. Nel saw the champ get knocked down four times and take the victory. Hepburn vs. Kabesa deserves a mention, as does Strauss and Ceronio’s unexpected, guts-filled war. Taljaard and Nyide can’t be forgotten, nor Lamprecht and Du Plessis. M. Buirski and Abdul Hassandelivered an absorbing, clinical three rounds at EFC AFRICA 26, but the bout that takes them all must be Opperman vs. Bagattin for the welterweight title. This battle touched every area of MMA. It was total, brutal, and delivered from the first buzzer to the last.

Salutations to all of 2013’s warriors. It was a year to be remembered, and sets the bar very high for 2014.