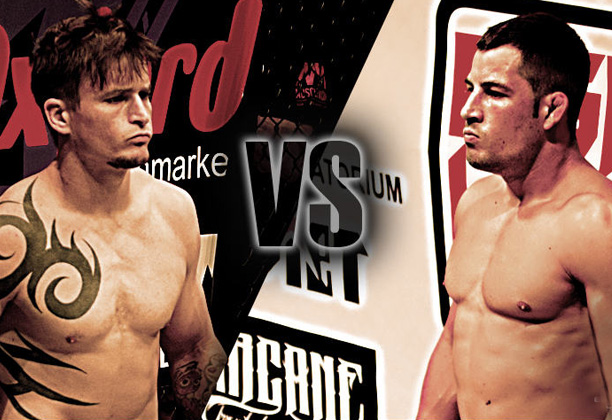 Johannesburg (South Africa) – Two legacies collide when Gareth Buirski and Wesley Hawkey meet on February 27. Both are legends of their respective arenas, Hawkey synonymous with Durban MMA as well as the roots of African MMA, and Buirski one of the three brothers that make up Edenvale’s formidable Buirski Army.

Wesley Hawkey is a previous title contender and arguably the man that has run undefeated, record breaking champion Demarte Pena the closest. In his EFC AFRICA 14 title bout he was dominant in the first three rounds before falling to a submission in the fourth.

Gareth Buirski is one of the most powerful men in the division. Dangerous standing or on the ground his most deadly weapon is a tendency to knock his opponents out, as he showed with a massive overhand right on Markus Taljaard, and a ground and pound blitzing of Francois Groenewald.

With two losses behind him but having recently revamped his coaching staff Hawkey will be fired up to re-enter the win column, and re-take his rightful place in the highest reaches of the division.

Gareth Buirski will be feeling the same. After narrowly losing to Brendon Katz by decision he will be just as motivated to take a Hawkey scalp on his way back to top contendership.

Champion Demarte Pena has said that he will be watching this fight closely, as will the entire division. It’s on the outcome of this that other big names such as Katz, Nyide (after his impressive victory over Ilunga), Nienaber, H. Botha and Feiteira will be seeing their own next step on their way to challenge the champion.

This main prelim bout can only be seen live at the venue, or streamed live and in HD from efcafrica.tv.