The Wolf’s Ready For Another Big Year

Q & A with Demarte Pena 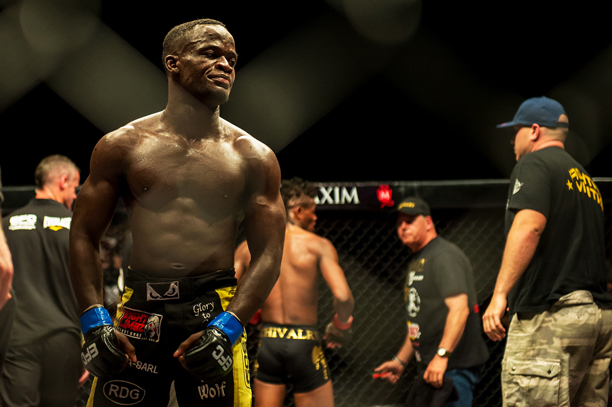 Johannesburg (South Africa) – As the holiday period fades into the rearview mirror we catch up with record holding featherweight champion Demarte ‘The Wolf’ Pena. He lets us in on the break, his goals for this year, what to expect at EFC AFRICA 27, and the Boyd Allen situation.

What have you been up to over the holidays?

I had the privilege of going with the whole FFM team to Thailand, it was a great opportunity for team building. Then as soon as I returned to SA I travelled to Angola for my brother’s wedding. So it’s been truly an amazing time away.

Most definitely being able to make my brother’s wedding as well as just being around my family.

All I can say: Thailand, with the guys, a lot can and does go horribly wrong!

You’re 8-0. You’ve set a record for title defenses. You’ve dominated every contender in the FW division bar one. Still not interested in fighting Boyd?

That’s not an option. He’s not just my teammate but a very good friend. So this fight will only happen in the gym.

If not Boyd, then who?

At this point I can’t say. EFC AFRICA 27 has a big featherweight bout happening. It’s up to Cairo and Graeme right now.

On the back of your phenomenal success, where to in 2014?

This is the year for change, new everything. New surprises lined up in terms of my career going forward. I’ve had a lot of time to re-strategize the plans for the future, so this time more than ever is the right time to make these changes.

What are you up to outside of the Hexagon at the moment?

I’m back in University of Pretoria; I’m quite excited about that. There are also a lot more goals in place besides just fighting so I need to work just as hard as I do for my MMA career. I’m looking forward and beyond.

Soldierboy got himself hitched over the holiday period. Any thoughts of following him sometime soon?

What do you think of the EFC 27 card?

I’m most excited about Leon vs Naumann, that promises to be a WAR of note.

Hawkey vs. G. Buirski is a big bout from your point of view. Could you break that fight down for us?

Hawkey is a dangerous opponent and I believe he is a better skilled MMA athlete than Buirski, but having said that, Buirski has heavy hands and if he connects he might surprise a lot of people. If Wesley is able to go in there at his best, I believe he will win.

Submission is Hawkey’s downfall, as the past as shown.

If Gareth takes it, is he a worthy title challenger?

Aren’t we all? Lol, kidding. That’s not for me to decide, it’s up to you guys (EFC AFRICA).

Any new year’s resolutions for you this year?

Finish my degree, that’s my number one priority, and to continue to be as dominant a champion and take more risks.

I’m forever grateful for the constant support, it means the world to me. Keep reaching further, reach beyond, don’t settle… Break all the records.