“This Is My Destiny” 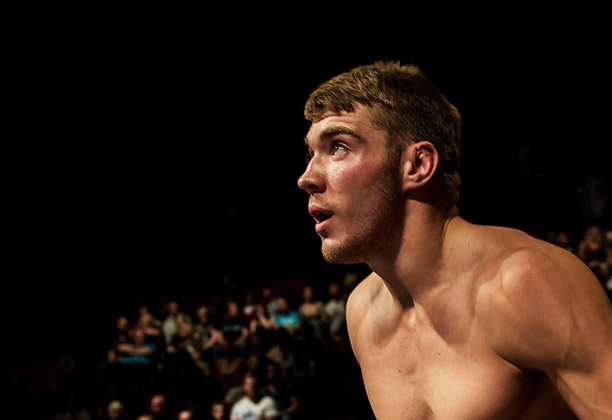 On Wednesday, the day after returning to South Africa from training in Thailand, he heard the news that Darren ‘Double D’ Daniel had had to withdraw from his number one middleweight contender bout with Donavin Hawkey on February 27, and that a replacement was being sought.

“I saw the news on Twitter,” said Du Plessis. “I immediately told my father about it, and we watched all the comments coming in on Facebook, a lot of them suggesting me as a replacement. I knew that Pitbull [Jeremy Smith] was wanting to fight in March, I thought I might be up to fight him. I immediately phoned Morne [Du Plessis’ coach] and told him I’m ready.”

“When Morne called me back and said I have the fight I was out of my skin!” said Du Plessis. “This is a massive blessing. I’d been wanting to fight in February, I’d been hoping and praying for it. This is my road to the title. I knew that Darren was going to fight Hawkey so I’d have to fight Pitbull, and then most probably the winner of Darren and Hawkey. Now I’ve taken a step closer.”

For Du Plessis this opportunity is the ultimate birthday present. He celebrated turning 20 on January 28th.

“I know that some people think I’m not ready for this,” he said, “but it’s always been my plan. If you look at my tweets, after my first win at EFC I wrote #1-5, my second #2-5. I’ve always said to myself that by my fifth fight I want my golden EFC champion’s ring. Donavin will be my fourth. I believe this is my destiny. Everything is working out perfectly.”

Although Du Plessis is taking the fight on four weeks’ notice he is fit and ready. Having just returned from training in Thailand, where he was completing three two hour sessions a day with some of the best MMA athletes in the world, he believes he’s perfectly primed to peak on February 27.

“Now it’s just a matter of implementing our game plan in training,” he said. “I can’t wait. Whoever wins between Garreth [McLellan, middleweight champion] and JP [Kruger], I want them. I’m ready. I’m coming for the title.”

“Donavin is a legend,” he concluded. “I have a lot of respect for him. As a 14 year old my kickboxing coach told me about him, I looked up to him. He is a legend, but this fight is going to make me a legend. It’s my time now.”