Weyer Laughs It Off

“He’s got a false sense of confidence” 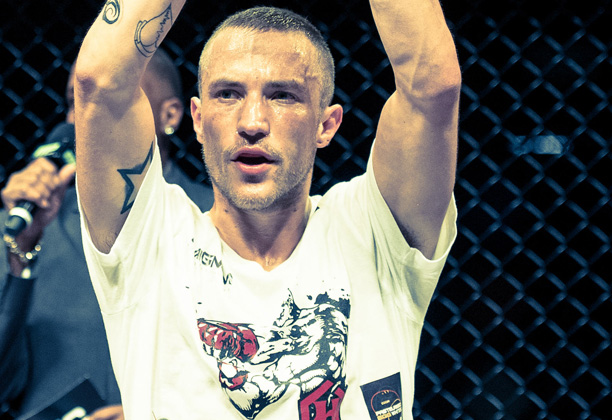 Johannesburg (South Africa) – On Wednesday this week inaugural bantamweight title contender Nkazimulo Zulu stated that he had no fear of his opponent and former teammate, Charlie Weyer, as he had dropped him three times in training. Today Weyer responds.

“I’m glad that he’s not worried,” said Weyer. “The day he’s talking about he winded me. What does that mean? I was playing around. If he thinks that that’s what the fight’s going to be like, he’s mistaken. He’s got a false sense of confidence, which is good for me.”

Zulu stated that he thought Weyer would not stand with him when they finally meet on February 27, due to what happened between them in sparring.

“I’m hoping he stands with me,” said Weyer. “I’ve been saying it for ages. I’m hungry for a big, proper fight. My fight’s with Don [Donnovan Wilken] and Craig [Ninow] both went to ground and so I finished them there. I hope he’ll stay standing, especially after he takes a couple of shots.”

Zulu also stated that after grappling with Weyer he had no fear of the man on the ground.

“I don’t know what he’s talking about,” said Weyer. “Zulu and I have not grappled before. But again, sounds like false confidence to me.”