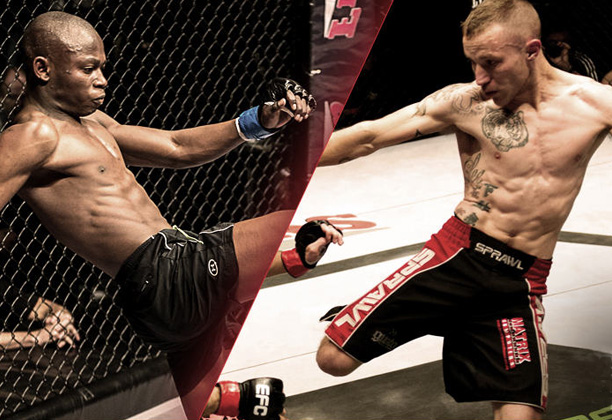 Johannesburg (South Africa) – At EFC AFRICA 27 history was to be written when Charlie Weyer and Nkazimulo Zulu challenged each other for the inaugural bantamweight title, whilst both training from the same gym. On Saturday the news broke that Weyer has left team Tapout to fight out of the Fight Right gym under Rodney Swanepoel. Here Weyer’s coach at Tapout Academy, Wiekus Swart, comments on what caused the split.

“Charlie was training with us but he was also training with a couple of other gyms,” said Swart. “It started getting more difficult for him to make night classes. A lot of his training was spread out during the day. I was doing privates with him for Jiu-Jitsu and Walter [Wendt, co-head coach at Tapout] had a Wednesday MMA class he came to a couple of times. I think Charlie found it difficult to make a lot of our sessions, and he found himself training with Rodney more. I think it just boiled down to the fact that he felt that he had spent more time training there, and that’s where his loyalties lie.”

“I did think it was going to work, having both Charlie and Zulu training from our gym,” he continued. “I was caught left field when I got the message from him yesterday [Saturday, 18 January]. We were setting up his Jiu-Jitsu lessons for the week. It was a surprise. It’s like you losing a family member. At least it’s now and not closer to the fight. At least we can go, ‘okay, that hurt, let’s get on with it.’ His message was respectful, saying that it wasn’t personal and this is what he feels he needs to do with his training.”

“I’ve asked him about whether he thinks it’s a good idea to have so many different coaches, and he says it does,” added Swart. “He’s won all his fights, so obviously something’s paying off.”

“It’s very sad. At the same time I understand his point. At the end of the day he got to a stage where he thought it would be better to go with Rodney than with us.”

Weyer was not available for comment over the weekend. Expect a response from him later today.