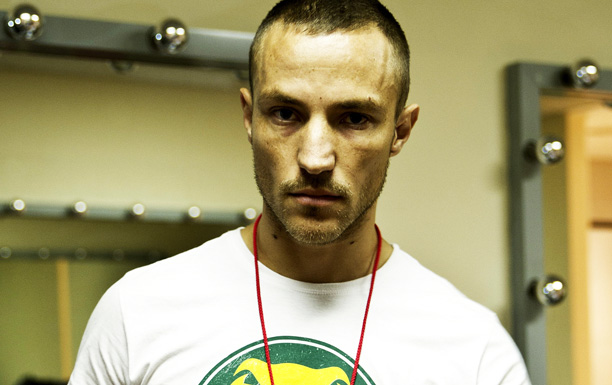 Johannesburg (South Africa) – Charlie ‘Silky Smooth’ Weyer has taken the decision to leave Tapout Academy ahead of what was to be his teammate vs. teammate inaugural bantamweight title bout with Nkazimulo ‘Zuluboy’ Zulu. Instead he will be fighting under the banner of Fight Right MMA.

“I sent Wiekus [Swart, Tapout co-head coach] a message saying I’ve been spending much more time with Rodney [Swanepoel, head coach at Fight Right MMA]. I couldn’t make the evening classes at Tapout, and felt that made the most sense,” said Weyer today.

“I do feel that Zulu was more accommodated than I was,” he added, “but it’s understandable. He’s been there for a lot longer than I have and my timetable wasn’t gelling with what was already set up.”

Weyer is making use of multiple experts in his preparations for EFC AFRICA 27. He is receiving his wrestling and MMA coaching from Rodney Swanepoel at Fight Right, conditioning from Sean van Abo, Sanshou training with Shuaimeng Liu, mental training at Flow Zone and until recently Jiu-Jitsu from Wiekus Swart.

“When I made my comeback [March 2013, Craig Ninow] I didn’t have a gym. I’d opened by own studio and was training myself out of there. Then Terrence Griessel suggested I try Rodney at Fight Right. Things spread from there.”

“Rodney’s had a huge impact on my game,” Weyer concluded. “Fight Right is where I spend most of my time, so I’m going to fight under their banner. It’s not that I think one’s better than the other, this is just the way it’s worked out.”