Zulu Has No Fear Of Weyer

“I knocked him down three times” 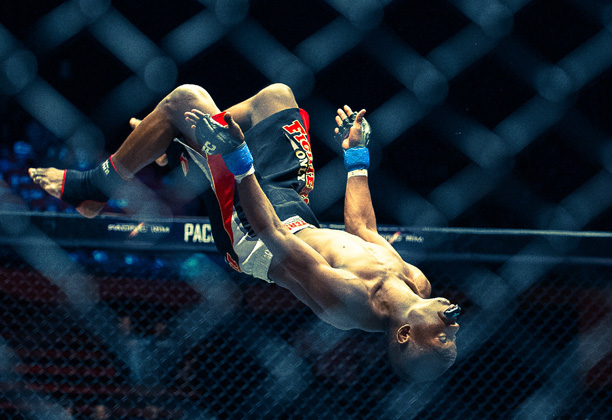 Johannesburg (South Africa) – Nkazimulo ‘Zuluboy’ Zulu today revealed that he has knocked Charlie ‘Silky Smooth’ Weyer down on three occasions in training, and is therefore not threatened by the thought of facing him for the inaugural bantamweight belt on February 27.

“We sparred and grappled together,” said Zulu of the man who until recently trained out of Zulu’s gym. “He’s not a bad grappler, but I was winning. I have grappled against strong guys. Cedric Doyle was very strong. Charlie is not as strong.”

With regard to standup fighting Zulu had more to reveal about Weyer, a former professional boxer.

“I knocked him down three times,” said Zulu. “Twice on one day and one on another, with knees and kicks. He’s a good boxer, but he was not scoring against me.”

Zulu has been referred to as arguably the best pound for pound MMA athlete on the African continent, a fact supported by his coaching staff. They confirm he has knocked quite a few big names down in training.

“He will be worried about my standup,” said Zulu on how Weyer is likely to be preparing for their coming bout. “I expect him to clinch as quickly as possible and try to take me down.”

“Of course I have respect for Charlie,” he added. “Any fighter deserves respect. But I am here to win the belt. It is very important to me. I have been dreaming about this for years. I want to be an African champion. This is my chance.”