‘The Wolf’ drops to bantamweight 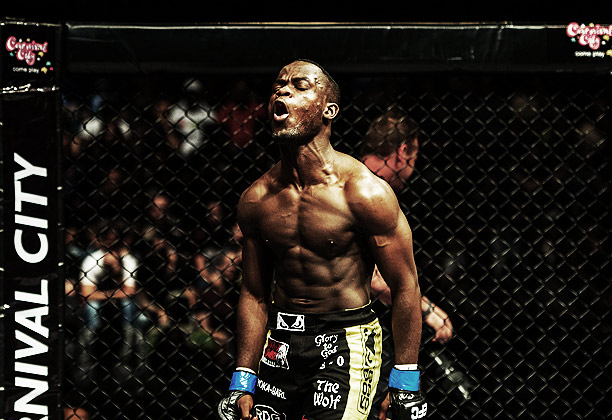 Johannesburg (South Africa) – Demarte Pena, EFC AFRICA’s multiple record breaking featherweight champion, has refused to face his teammate and number one contender Boyd Allen, instead deciding to relinquish his belt and drop down to the bantamweight division.

Pena has added further pressure to the highly anticipated inaugural bantamweight title clash this Thursday, taking place between former teammates Nkazimulo Zulu and Charlie Weyer. Pena will get an immediate title shot against the winner of the two.

EFC AFRICA president Cairo Howarth campaigned for a fight between the number one and two featherweights for many months.

“We tried everything,” said Howarth. “The two of them against each other is the biggest fight we could put on.”

In November 2013 Pena and teammate Boyd Allen were offered double their fight purses to fight each other. On Thursday last week Howarth laid down an ultimatum: either Pena faced Allen or he sat idle until Allen was defeated.

This weekend Pena and Allen met with Howarth to hash things out. The decision to relinquish his title and drop down was made.

If Pena wins the bantamweight title he will be the first EFC AFRICA athlete to have been champion in two different weight divisions, in addition to holding the record for youngest champion, longest undefeated run (9-0), and most successful title defences (5-0). If he loses, he will have to fight his way back to the top of a very competitive pool.

“Demarte has dominated at featherweight, despite being physicaly smaller than most of his opponents,” said Howarth. “He’s going to be a monster at bantam, and undoubtedly the biggest threat to Thursday’s newly crowned champion.”

This weekend Pena outlined his reasons for refusing to fight his teammate in an exclusive interview with the Saturday Citizen newspaper.

News on Boyd Allen and the featherweight division to follow.