The Race Is On 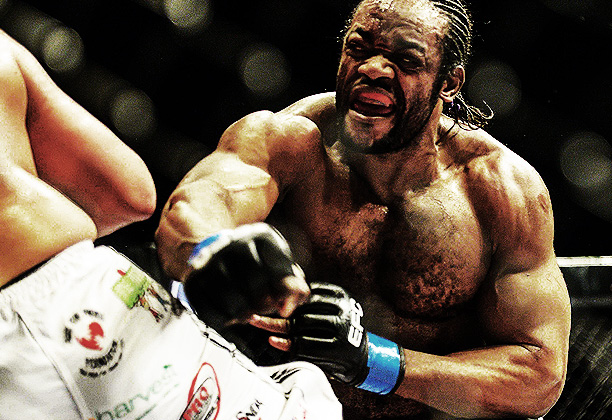 Johannesburg (South Africa) – With former EFC AFRICA heavyweight champion Ruan Potts having relinquished his title the heavyweight division is wide open, creating a race to the title amongst Africa’s most dangerous combat athletes.

Top of the list must be the powerhouse from the DRC, Vandam Mbuyi, who faces Brendon Groenewald on February 27.

The undefeated Mbuyi has put in consummate showings in the Hexagon, culminating in his last outing against world rated kickboxer Sors Grobbelaar, where he outplayed the former title contender for a decision victory.

His opponent, Brendon Groenewald, must also be in the running for a shot at the belt. Although having lost to the Angolan wrecking machine Bernardo Mikixi, he is an athlete with the skillset to match any. Should he defeat Mbuyi in two weeks he will find himself at the top of the pile.

The DRC born African Judo Champion Christophe Walravens clashes with Mikixi on March 27. A victory over the legendary Angolan will put him on a three fight win streak, and confirm the presence of a seriously dangerous athlete. Should Mikixi dominate, he will be hungry for revenge and dominance, his devastating hammer fists always a fight ending threat.

Former champion Andrew van Zyl has been quoted as saying he’s ‘ready to fight anyone’, and an announcement of his next matchup is expected soon. When he re-enters the mix, beware any and all. The school teacher possesses a chin that has not been breached, and a ground game nearly impossible to beat.

Dewald Botes, the super-heavyweight with unmatched power and a searing reputation, will be making his heavyweight appearance soon also. Alongside him are the ever dangerous threats of Grobbelaar, Misholas, and the brute force of Scheepers, who has yet to find his Hexagon form.

With the title vacant, who of these men will be next to lift Africa’s greatest combat crown? It all starts with Mbuyi vs. Groenewald on February 27.