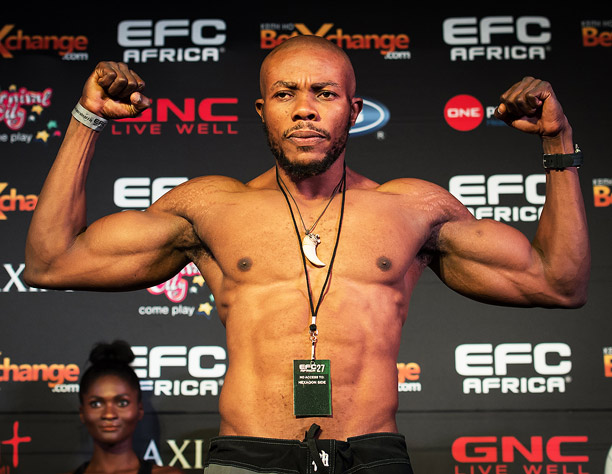 Johannesburg (South Africa) – DRC born Booto Guylain, the veteran of two MMA bouts in the EFC AFRICA Hexagon, passed away late this afternoon due to injuries sustained in his bout on February 27.

Guylain suffered a serious head injury during his Mixed Martial Arts (MMA) bout at EFC AFRICA 27 last Thursday. Immediately after the bout he was stabilised by the on-site medical team and transported to hospital where he was treated for swelling and bleeding on the brain.

Guylain received care from one of South Africa’s top neuro-surgical teams but tragically passed away today.

“We are devastated,” said EFC AFRICA president Cairo Howarth. “This is a huge loss to the sport and to all who know him. Our thoughts are with his family in this trying time.”

Fatal injuries are extremely rare in the sport of MMA due to the emphasis on safety. Unfortunately, head trauma is sometimes a reality and very rarely fatalities can occur.

“We are very grateful that ONEPLAN is here in this difficult time, and we thank them for their support,” said Howarth.

Guylain was 29 years old. He is survived by his wife and son. All athletes competing at EFC AFRICA 28, on March 27, will wear black armbands in his honour and memory.