‘We’re getting ready for a war’ 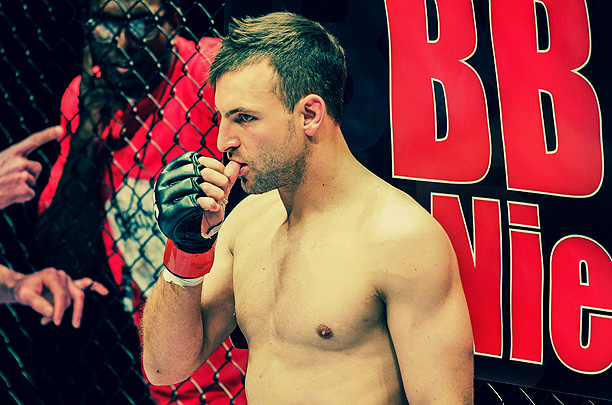 Johannesburg (South Africa) – Barend ‘BB Gun’ Nienaber takes a huge step up when he faces the international hard man Brendon Katz on May 01. For both men a win means a shot at the featherweight title against Boyd Allen in July.

“We’re training for a war,” said Nienaber in a recent interview given to smacktalk.co.za. “Katz is known to bring the battle. I’m training to fight where the fight goes, if it’s a stand-up battle or going to the ground.”

Nienaber is leaving no stone unturned in his preparation, and has recently put some sessions in with former EFC AFRICA heavyweight champion Ruan Potts.

“One on one sessions [with Ruan] have improved my strength massively,” said Nienaber. “He’s shown me a couple of new tricks which I’m sure to use against Katz.”

“I am planning to finish the fight within the first two rounds,” he continued. “I will be facing Boyd [Allen] no doubt. [I] will be fighting for the featherweight title.”

Nienaber is undefeated in the EFC AFRICA Hexagon (2-0), but is currently sitting on a nine fight win streak, including his amateur career. For the man used to winning, this win means everything.