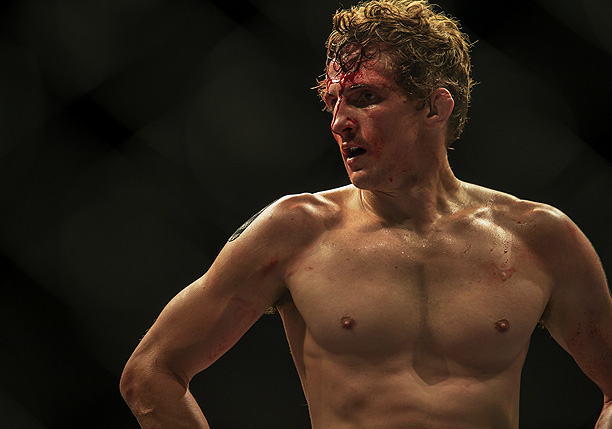 Johannesburg (South Africa) – Last night Michiel Opperman was sparring with number one middleweight contender Dricus du Plessis in preparation for his May 01 showdown with Jeremy ‘Pitbull’ Smith. Opperman broke Du Plessis’ jaw in two places. This is how it happened.

“We were putting in a good, long sparring session,” related Du Plessis this morning. “It was the last round and I heard the clap go for the last ten seconds. Michiel and I were in the clinch. I pushed him off me and dropped my guard, thinking the round was over anyway. Then, bang.”

Opperman had  landed a kick to Du Plessis’ jaw.

“It was a hard shot,” said Du Plessis, smiling. “I couldn’t open my mouth properly but thought it was a muscle spasm. By the time I got home I knew it was something more. I suspected I may have a loose tooth and decided to get an emergency appointment with the dentist. He took some X-rays, and it showed that my jaw was broken in two places.”

Du Plessis was immediately booked into surgery. The injury is now well on the mend. He’ll be able to return to training in two weeks, and light sparring in six.

“I’m Michiel’s chief training partner,” said Du Plessis. “Being the top middleweight it’s important for me to be there for him as he prepares for his middleweight debut. That’s our team. We’re the strongest camp in the country because we pull together. Michiel’s ready for Smith, and he’s making me ready for my title shot. My jaw’s testament to that.”