The man behind the beast 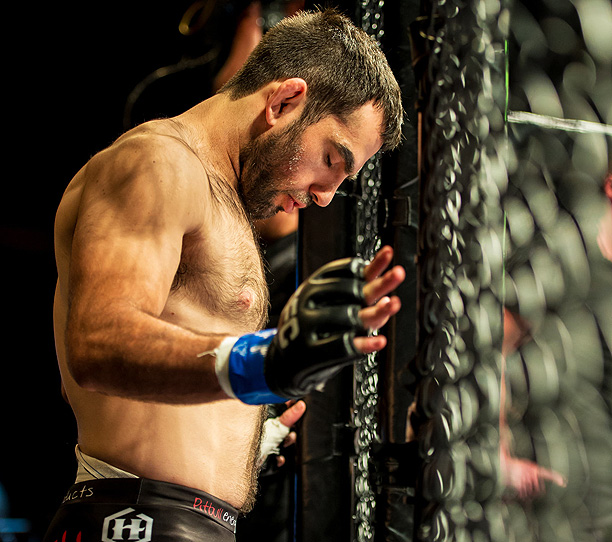 Johannesburg (South Africa) – Known for going straight for the jugular, whether in the Hexagon or in the press, Brendon Katz is one of the most charismatic athletes on the EFC AFRICA roster. Neil Rooke of themmacorner.com caught up with him ahead of his featherweight number one contender bout with Barend Nienaber on May 01, and gives fans an insight into the man behind the image. An excerpt from his article is reprinted below, a collection of quotes that are ‘Pure Katz’.

“I found a love for MMA when I was about 17, before there was any significant professional MMA here [in South Africa],” Katz admitted to The MMA Corner. “I think competition is important for developing and testing your real ability in a setting where it’s safe to assume your opponent will not be holding back, and so I started competing. One thing led to another, and now we are here. This is my purpose and my direction. The time, the place, everything just worked out.”

“I love every bit of it—the training, the discipline. Ultimately, martial arts are about development of the character, of the spirit of a person. The only time things really change, whether it be with training or dieting, is in the last week before a weigh-in. Other than that, every day is a day to get better.”

“I’ve been blessed with a lot of memorable stuff. When I fought Costa Ioannou, I realized just how deep the well goes. I remember thinking, ‘When will this guy knock me out already?’ and yet my body kept moving, kept keeping me safe, and kept attacking,” Katz recalled. “I was losing the fight against Mark Jones, and I put him away with one clean uppercut with five or so seconds left in the last round. I was booed against Danny Lawson in the UK when I walked out to the cage. I beat him up solidly, lost a decision and heard the audience booing the judges’ decision.”

With the good that comes from a career in competing in combat sports, there is also the bad. The sport itself is only just starting to make headway in South Africa, and there is still a little bit of educating that needs to take place for supporters and competitors alike.

“I’d be doing what I do if there was no pay and fights were in someone’s garage, with no lights, no camera. It’s a blessing I can pursue my passion as a profession, and I’m grateful for that. And I am grateful too for the fans who appreciate a solid display of skills, who enjoy a good contest and who can appreciate the art for itself.”

On May 1, Katz enters the EFC Africa cage again, this time against undefeated Barend Nienaber. Katz, the more experienced fighter, is also coming off a win from his last EFC Africa appearance.

“I feel great. I work with world-beating coaches and training partners, so I think I’m playing the game at a level most guys don’t even know exists,” Katz exclaimed. “I wasn’t happy with my [last] performance. I guess when you have two counter punchers fighting, it’s never going to be great. It highlighted a hole in my game, and I’ve been working diligently to plug it. Don’t blink.”

With the next “practical examination” on the horizon for Katz’s development as a martial artist, you can be sure that he plans on showing just how much he has studied for his exam. His library has been a place of development for him for years now, and his time in the EFC Africa cage will be just another lesson in his life-long quest for knowledge.