“We’re Gonna Rock The Snot Out Of Each Other”

‘The Lion’ can’t wait for May Day 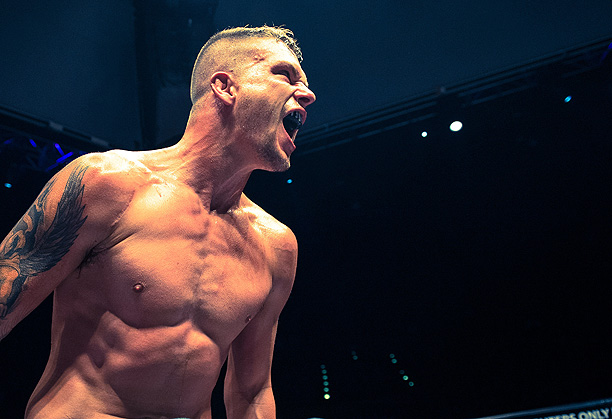 Johannesburg (South Africa) – This May Day Dino ‘The Lion’ Bagattin defends his welterweight belt for the first time, against Ireland’s Henry ‘Herculeez’ Fadipe, the division’s wildcard.

“He is a well-rounded athlete and I’m sure he is bringing his very best for this one,” said Dino in a blog post yesterday, then adding: “OK! That’s enough smoke up his ass! Reality is we going to put on one hell of a show. We both gonna be pumped up and it’s the makings of a cracker fight.”

The day the fight was signed Bagattin famously announced, “he’s entering the Lion’s Den. When I’m done with him he won’t be returning to Africa.”

Yesterday Bagattin acknowledged that and other shots that were fired on Twitter.

“There has been a bit of banter between us,” he said. “He seems quite a character… We gonna knock the snot out of each other come May 1st.”

Fadipe, born in Nigeria but relocated to Ireland at the age of eight, will be fighting for the Emerald Isle’s pride on May 01.

Bagattin, a born and bred Johannesburg boy from the east, will be equally motivated. A former British and Commonwealth Muay Thai champion he knows well the world Fadipe comes from, and in just under a month promises to give the man from Ireland a taste of Africa’s bite.

EFC AFRICA 29, presented by BetXchange.com, takes place on Thursday 01 May 2014 at the Carnival City Big Top Arena, Johannesburg. Tickets on sale now at www.computicket.com. Book your cinema ticket to all 13 fights live and in stunning HD at www.sterkinekor.com. Watch the entire event live, from anywhere on the globe, via online streaming at www.efcworldwide.com/efc_africa_404.php