Muyambo vs. Kabesa, On Home Soil 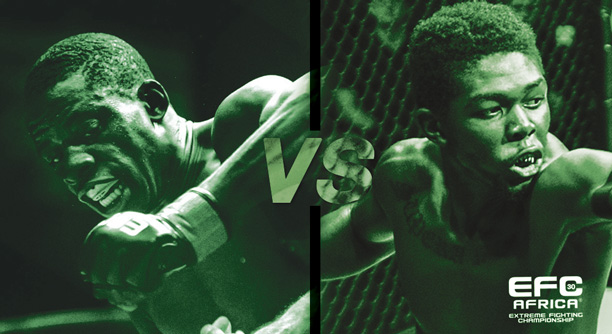 Both Kabesa and Muyambo are undefeated in the EFC AFRICA Hexagon. Both are young, incredibly gifted athletes with equally powerful performances behind them, and both are aware that this match-up has the added element of revenge.

Muyambo faced Kabesa’s brother, Texier, at EFC AFRICA 28 and schooled his opponent in the art of MMA. Igeu will be focused on pulling one back for his sibling, and stopping the Muyambo steam train once and for all.

For Muyambo, a proud (and recent) old boy of Wynberg Boys’ High School, the chance to battle Kabesa in front of his home crowd is motivation as powerful as it gets.

In a division quickly reshuffling itself to reflect a host of new talent, a win for either man will mean a step up to a whole new level of established, and legendary competition.