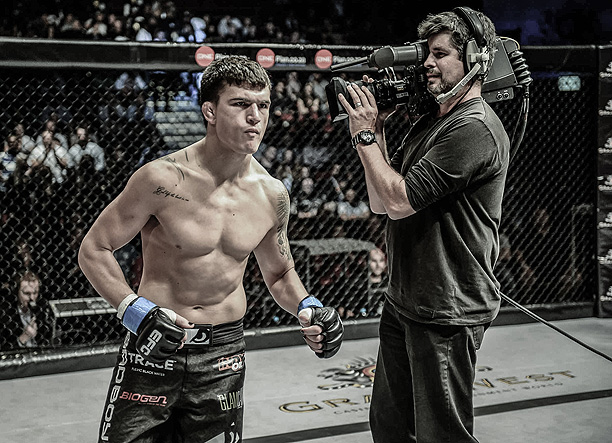 Fans have dubbed this meeting a ‘superfight’ – Allen being undefeated in the EFC AFRICA Hexagon, and posing an incredible threat to the inspired talent of Madge.

Neil Rooke of themmacorner.com chatted with Madge ahead of this once in a lifetime showdown. Selections of the full article reprinted below:

“This will be my third main event for EFC. I love the high-pressure fights, I feel like it makes me perform better. It’s always an honour to be considered for the main event.”

Madge’s new opponent, Allen, is undefeated inside the EFC Africa cage, but sports two losses on his overall record. The last of those losses came in 2011, and Madge has the opportunity to deal Allen his first professional loss in over three years. One could say Allen has forgotten how it feels to lose.

“I think he’s about to see what that’s like,” Madge exclaimed. “I always look to finish fights. I know I have the ability to stop anyone on the feet or the ground. I’m always looking to stop my opponents. [Fans] can expect what I always bring—fire, aggression, excitement and no damns given. Don’t expect a long fight.”

Get inside the ‘Magic Man’s’ final preparations by following him on Twitter at @DonMadgeMMA.