Pitbull Ripping At The Leash

‘Nothing will stop me’ 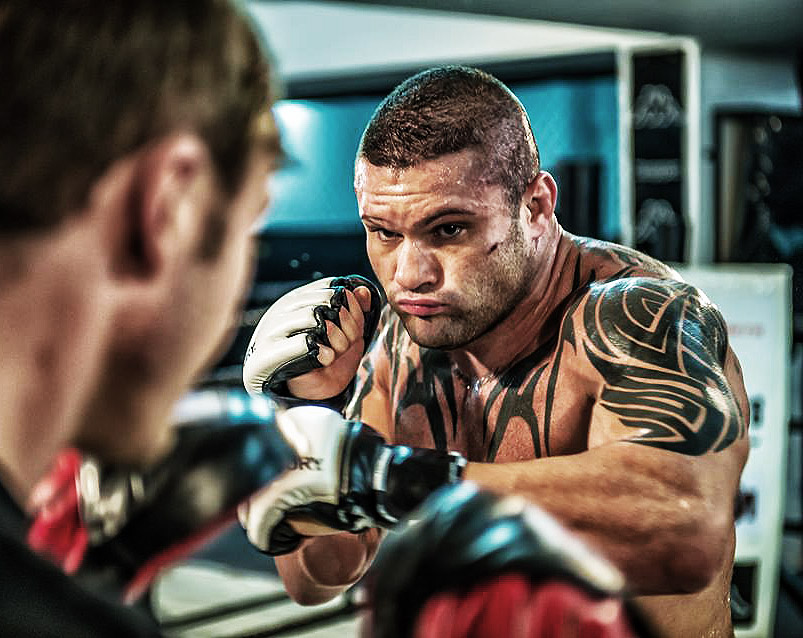 Neil Rooke of themmacorner.com talked with the ‘Pitbull’ about what it is to lose and come back strong, and how motivated he is to smash his way to the top tonight. Selections of the full article reprinted below:

EFC Africa’s Jeremy Smith experienced his first professional defeat on Oct. 10, 2013, when he lost the EFC Africa middleweight title to Garreth McLellan. Smith learned that he wants to experience that winning feeling even more than ever before.

“Every fighter loses. I was on an 11-fight win streak,” Smith explained to The MMA Corner. “It hurts, but it made me better, more determined, more dedicated and totally focused on winning.”

The transition from Muay Thai to mixed martial arts had Smith hooked on striving to be the best fighter that he could be. If it wasn’t for Muay Thai, he may have taken a different path in life.

“I was studying to be a graphic designer, but got into Muay Thai and loved it. Thank God I’ve managed to forge a career as a professional fighter,” Smith explained. “I was always a tough fight and enjoyed a good scrap. Once I found Muay Thai competition—and then MMA—I knew I had found my calling. I love the lifestyle, the discipline. Training and competition drive me to be my best. [I love] being able to be my own boss and not having a nine-to-five desk job. The physicality is the part I enjoy most, pushing myself to be the best version of myself possible.”

“I’ve always fought in South Africa and America; it wasn’t like I stopped fighting at home,” Smith explained. “What was great, though, was moving from a smaller show in South Africa to the big stage of the EFC. [Another career highlight] has to be beating Joe Ray, on points, in his hometown in the United States. He hurt me, fractured my eye socket, but I pushed through, stayed aggressive, went for it and won.”

In his return to the EFC Africa [Hexagon] cage on May 1 at EFC Africa 29, Smith will meet Michiel Opperman, who comes into the bout riding a three-fight losing streak inside the EFC Africa [Hexagon]. Opperman will be desperate to get back to his former winning ways, but Smith is confident in his preparation for the fight and plans to put a foot into the right direction towards regaining his middleweight strap.

“Fight camp is going extremely well. I did the initial four weeks at home with Marc Hebert, Nic Durandt and the Gorilla Warfare and Durandt’s Boxing crew. Then, I went to American Top Team in Florida and trained with the likes of Hector Lombard, Thiago Alves and Robbie Lawler, which helped me exponentially,” Smith admitted. “The last four weeks has been back home with my standard crew. We have worked very hard and are supremely confident for this fight with Michiel Opperman.”

The sad fact is that in mixed martial arts especially, a fighter is only remembered for their last performance. No matter what has happened in the past, the last fight remains at the front of the mind for fans, media and peers. It could even be said that the most important bout for a fighter is the first one after a loss.

“Some fighters may feel that; I don’t,” Smith confessed. “Every fight is my most important fight. I’ve always wanted to be the best. I work hard and I dedicate myself to the game. I will get my title back this year. Nothing will stop me.”

After experiencing for the first time in his professional mixed martial arts career what it is like to taste defeat, Smith plans to ensure that it is not a feeling that he ever has to go through again. With the EFC Africa middleweight title in his crosshairs, you can be sure that, come May 1, Smith is going to show a champion’s effort inside the [Hexagon].

Get inside the ‘Pitbulls’ final preparations by following him on Twitter at @PitbullSmithMMA.