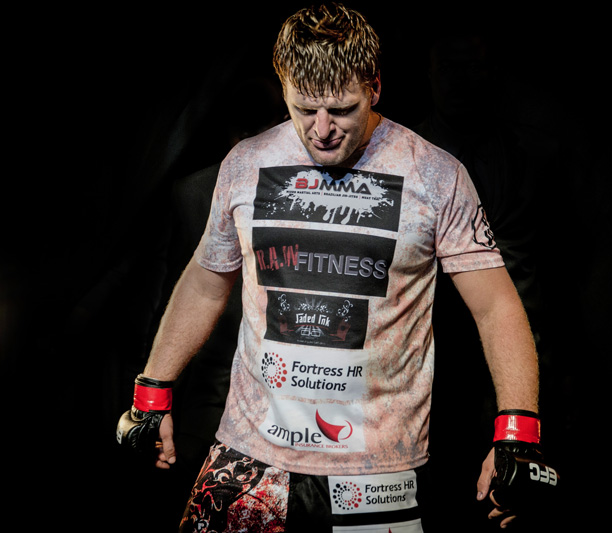 Johannesburg (South Africa) – Former heavyweight champion Andrew ‘One Gear’ van Zyl returns to the EFC AFRICA Hexagon on July 03, at The Coca-Cola Dome, Johannesburg. He joins the EFC AFRICA 31 main card, headlined by Zulu vs. Pena who fight for the bantamweight title.

Van Zyl will face heavyweight Lance Ceronio, a man fresh from an outstanding and brutal battle that won him fight of the night honours at EFC AFRICA 21.

Van Zyl is a phenomenal competitor. He has beaten every heavyweight athlete he has faced, and in his career has only lost to fellow former champion Ruan Potts.

“The heavyweight scene has been thrown on its head,” said Van Zyl of the currently vacant heavyweight title. “It’s open season.”

Ceronio is an enigmatic figure in his own right. First competing in the light heavyweight division he made a bold statement by submitting Chett Meyer early on. He had difficulty in maintaining power and stamina after his weight cut. Making the move up to heavyweight allowed him to let loose, where he put on his unforgettable performance against Wilhelm Strauss.

“This is a massive fight for me,” said Ceronio. “Andrew is the former champion but I’ve got nothing to lose. I’m going in there to scrap and enjoy it.”

“I’ve got a new perspective,” said Van Zyl. “From now on it’s about enjoying my fights, rather than hunting for the belt. That’s where I’m going with the new me; throw leather, trust my chin, be exciting.”

DRC powerhouse Vandam Mbuyi was initially contracted to fight Van Zyl, but had to pull out due to injury.

EFC AFRICA 31, presented by BetXchange.com, takes place on Thursday 03 July 2014 at the Coca-Cola Dome, Johannesburg. Tickets on sale soon at www.computicket.com. Book your cinema ticket to all fights live and in HD at www.sterkinekor.com. Watch the entire event live, from anywhere on the globe, via online streaming at efcafrica.tv.