Wessels Will Have To Wait

Drotschie out with back injury 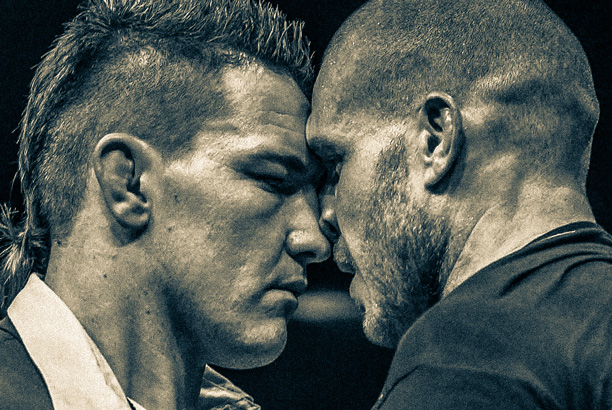 Drotschie is suffering from a lower back disc lesion with aggravated nerve irritation. The injury has taken him out of training for six weeks, and out of competition for at least 18.

“I’ve had lower back pain in the past,” said Drotschie. “It’s usually a muscle spasm that works itself out. Last Friday I was in a training session when I suddenly collapsed. I was taken to hospital and given the diagnosis.”

Anticipation for Drotschie versus Wessels reached fever pitch as soon as the fight was announced in an incident where Wessels attacked the champion, directly after earning his title shot at EFC AFRICA 28.

On hearing the news of Drotschie’s injury, Wessels responded with the phrase “more time to prepare, to do more damage,” which was released on Twitter.

“As soon as I’m healed, I’m ready,” replied Drotschie. “I’ve heard that he [Wessels] was saying that I’m ducking the fight. He better stay in shape. Our fight’s coming. I’m happy to take him on, or anyone from FFM [Fight Fit Militia, Wessels’ fight team] while we’re at it.”

The new date for Drotschie vs. Wessels will be announced soon.