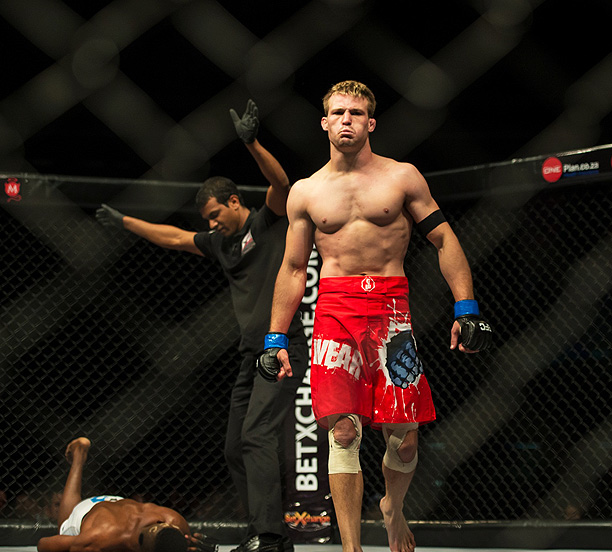 Botha has put in sensational performances to earn this top division bout. Most recently he bested another former title contender Alain Ilunga over three rounds, and before that scored an unforgettable knock out of the night win over Kanyeba Anicet.

He is now riding a three fight win streak, and should he beat Hawkey, will find himself in a strong position to challenge for the title.

Wesley Hawkey is a perennial top contender. Coming off of a textbook striking based win over Gareth Buirski, he is currently in the form that made him a legend, and perhaps more dangerous than ever.

Should Hawkey put a stop to Botha’s winning run he will find himself back in the division’s upper reaches, and that much closer to a rematch with current number one contender Boyd Allen.

EFC AFRICA 31, presented by BetXchange.com, takes place on Thursday 03 July 2014 at the Coca-Cola Dome Johannesburg. Tickets on sale soon at www.computicket.com. Book your cinema ticket to all fights live and in HD at www.sterkinekor.com. Watch the entire event live, from anywhere on the globe, via online streaming at efcafrica.tv.