A reckoning for both on July 03 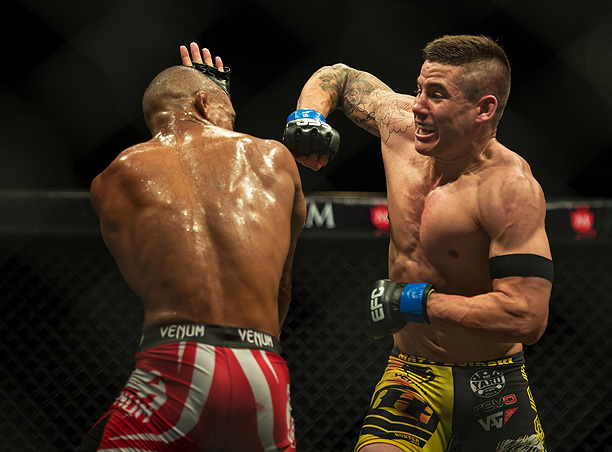 Johannesburg (South Africa) – Top bantamweights Matthew Buirski and Cedric ‘The Dominator’ Doyle will battle it out on the EFC 31, July 03 main card.

Both athletes are riding impressive win statistics. Doyle is coming off of a potent three fight win streak, all of those finishes inside the first two rounds.

Matthew Buirski has not yet been defeated in the Hexagon. In his last bout, a similar main card showdown with Durban’s Abdul Hassan, he fought to an incredibly close split draw decision. Buirski and Doyle are powerful competitors both driving hard to stake a claim for a bantamweight title shot. The winner of their clash will push through to the upper reaches of the division and a potential number one contender eliminator spot, the loser will fall back down the ranks.

For both their meeting on July 03 is a reckoning. It is against each other that their ability to compete at the top of the division will be revealed.