‘No Tap’ Unfazed By Katz

“He’s not a finisher” 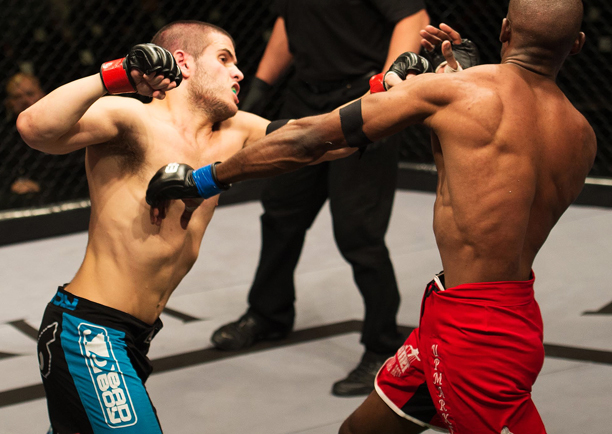 Johannesburg (South Africa) – Durban’s Nelson Feiteira heads up the EFC 31 Ster-Kinekor Prelim card on July 03, when he faces seasoned veteran Brendon Katz in a massive step up. Looking at his more experienced opponent, the young Feiteira feels he has every chance to take the fight.

“Looking at his last fight against Nienaber,” said Feiteira in an interview this morning, “he didn’t come out at all. He was outplayed, he didn’t seem to hit whatever strategy he had for the fight. So I know he’ll be coming hard at me, he’ll have a point to prove.”

“I don’t think he’s a finisher. He’s shown that he can take a lot of punishment, he can go the rounds and he’s difficult to put away, but he’s not a finisher. If you look at his KO of Mark Jones, that happened right at the end of the fight, when both were tired. That’s not hard to pull off.”

“Nienaber showed that the way to beat Katz is keep the pressure on, grind him all the way. This bout is going to come down to who’s tougher, and I can’t wait to show everyone how tough I really am.”

Feiteira was dubbed ‘No Tap’ as an amateur because opponents found it impossible to submit him. At EFC 26 he powered through multiple, tight submissions attempts against Mbulelo Swekile, proving that he already has a high stakes claim in the tough department. Will it be enough?

The EFC 31 Ster-Kinekor bouts are exclusively available on the #EFCBigScreen experience at selected Ster-Kinekor cinemas throughout South Africa, and via online streaming at www.efcafrica.tv.