The Origin Of Tough 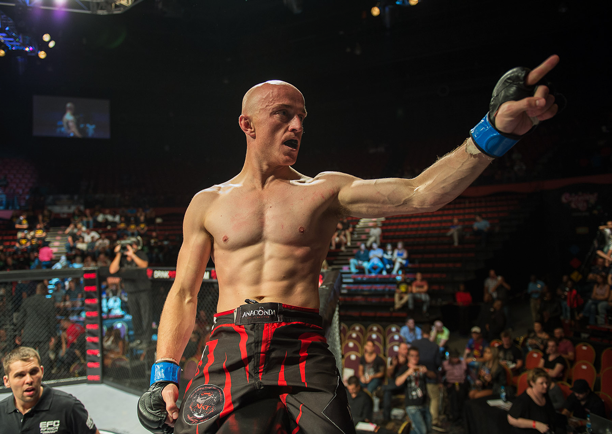 Johannesburg (South Africa) – Cedric ‘The Dominator’ Doyle is well known for relentless toughness within the Hexagon, an attribute he will be brining hard in his main card bout with Matthew Buirski on July 03. Doyle says his toughness has a surprising source. In this Q and A, the ‘Dominator’ let’s fans in on his time spent serving in the military, and how it has shaped his fighting ability.

What stands out for you?
I spent 2 years there and so left just before my Corporal rank. I’d say what stands out most is the mental toughness it taught me. We went through extremely vigorous training and selections. I was never called up to a war situation, but I was fully prepared.

What was your worst part of military service?
Being restricted. I once spent a weekend in the Detention Barracks for fighting. That was definitely the worst two days of my time there. Not a picnic.

And the best?
The camaraderie between the soldiers and definitely weekend passes!

Member of the French Foreign Legion Tweeted a pic in support of you. How did that happen?
Well, they want my hand to hand combat skills, ha-ha. Seriously, one of my friends, Rikus, joined them and they’re now huge EFC fans.

What would you say military service do for you as a man and a human being?
It taught me to be tough and that the mind can really go further than what the body thinks.

Members of the French Foreign Legion, behind the ‘Dominator’