‘The Punisher’ Aiming For EFC 33 Return 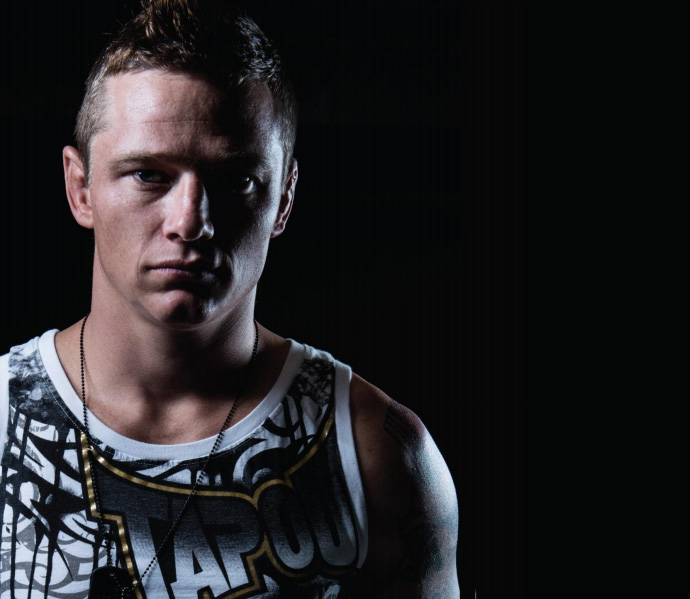 Johannesburg (South Africa) – The last thing Martin ‘The Punisher’ van Staden heard in the Hexagon was his knee ripping apart. In September last year his PCL ligament was completely torn due to an ankle lock applied by current welterweight champion Henry ‘Herculeez’ Fadipe, and his LCL and PLC were partially ripped. For Van Staden the last ten months have been about intensive rehab, and the slow journey back to full fitness.

“I hit physio for the first time four days after my surgery,” said Van Staden in a recent interview. “I was there every day for the first ten weeks.”

Van Staden visited renowned physiotherapist Evan Speechly, the man who used to take care of the needs of the Indian cricket team as well as father of Adam Speechly – currently slated to face Fadipe for his title (August 07).

“In the beginning it was all about breaking down the scar tissue that had formed, getting movement and flexibility back into my knee,” said Van Staden, describing his recovery. “Next we had to get the muscles working again. Because my knee wasn’t functioning the muscles in my thigh had deteriorated, they literally felt like a sponge.”
For Van Staden the time away from training was a difficult time.

“It was scary sitting out, seeing how the guys were progressing in their training, while I felt like I was going backwards. I kept up with what strength training I could, but the main focus was getting my knee right, working at the pace it was healing, making sure that by the end of it it would be stronger than it was before.”

Although losing muscle mass, Van Staden found that the digits on the scale were climbing.

“I was up to 94kg over Christmas,” he said, laughing. “As soon as I could get more active, cardio was my first priority. In a way not being able to roll and spar has been a blessing. I’ve been able to concentrate on my fitness.”

“The time off also gave me a lot of time to reflect,” he added. “I’ve watched all my fights and seen a lot of things that I don’t like about where my style was going, habits that I’d picked up, that I’m ready to work on and change. I’ve got a whole new mindset of how I want to fight. I feel I’ve been trying to fight everyone’s style but my own, and now’s the time to get back to me.”

Earlier this month Van Staden re-entered the sparring pool at his camp, and says there’s nothing as good as being back.

“It’s exciting. As much I know how much my teammates have developed while I’ve not been there, and as much as I’m taking a beating in my first few days back, I can’t wait to learn from their gains and get back to form.”

Initially Van Staden was given an estimate of eight to ten months until he would be ready to re-enter the Hexagon, and his recovery has gone as planned, in most areas exceeding expectations.

“I’d like to fight as soon as possible, but I’m taking it slow. EFC is going to Durban at the end of August. To fight on an EFC card in front of my home crowd, for the first time, would be awesome. I’m aiming for that.”

EFC 33, presented by BetXchange.com, takes place at the Durban ICC, Durban, on Saturday, August 30, 2014. Tickets on sale soon at www.computicket.com. Book your cinema ticket to all fights live and in HD at www.sterkinekor.com. Watch the entire event live, from anywhere on the globe, via online streaming at efcafrica.tv.