Van Zyl VS. Moyo, At The Dome

Ceronio out, Moyo in for EFC 31 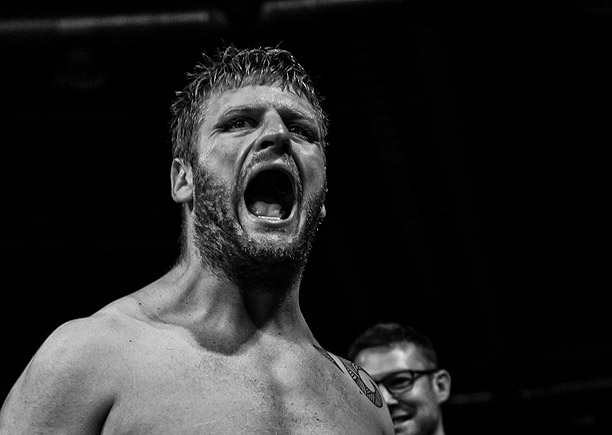 “It’s pretty exciting,” said Van Zyl. “I’ve sparred with the ‘White Buffalo’ Francois Botha before, as well as some other top boxers. It’s a different challenge. Of course Moyo’s going to have clean KO power going all the time.”

Van Zyl originally stated that he was looking forward to testing his chin and playing a more expansive game against Ceronio. With Moyo as his opponent, he’s taking a different tack.

“I’m taking that statement back,” he said, laughing. “You can’t jump straight into the deep end with someone like that.”

“He’s hesitant, he stays back, waiting with his right hand cocked,” continued Van Zyl. “He’s a big guy and he hasn’t been physically tested yet. If I work him up against the fence, he’s going to get tired. Moyo’s dangerous, but there are ways around that. I’ll be keeping things very tight.”

“The pressure’s on me, here,” Van Zyl concluded. “Elvis probably only needs one good punch to end it, which means I won’t be making any mistakes. It’s up to me to set the tone of this fight, and take it where I want it.”

When questioned on his own road to the currently vacant title, Van Zyl said he hoped that he’d be given the opportunity to fight at least once more before the scheduled title showdown between Christophe Walravens and Brendon Groenewald in Cape Town, November 07.

“Walravens has shown really good boxing but he hasn’t been tested in the clinch. I think he’s a good athlete, he’s gone through four people, but let’s see how Brendon does against him,” said Van Zyl of the contenders.