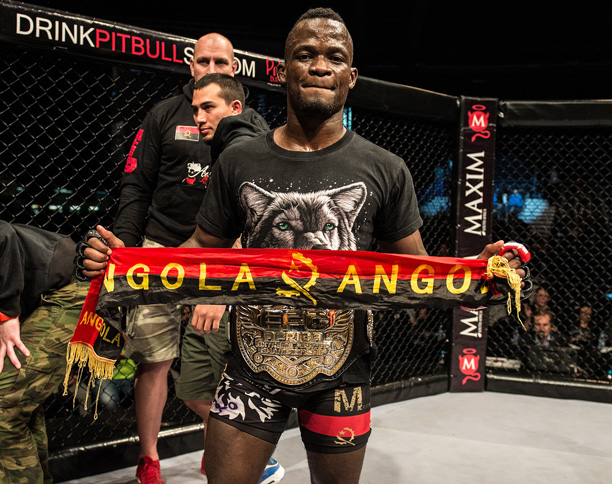 Johannesburg (South Africa) – Tomorrow newly crowned bantamweight champion Demarte Pena returns to the country of his birth, Angola, where he is to be honoured by the country’s Minister of Sports Gonçalves Manuel Muandumba, in a special ceremony scheduled for Wednesday, July 16.

“As our first non-South African born champion Demarte [Pena] has achieved incredible things,” said Howarth. “With him now being the first EFC athlete to hold a belt in two weight divisions (featherweight and bantamweight), it’s great that Angola are officially recognizing his achievements.”

“This means a lot to me,” said Pena. “Being an EFC champion has been my dream since I began training in MMA. Many people told me that I couldn’t achieve it, but with hard work and dedication I kept pushing for it to happen. That I am now to be recognized in my own country for something I have been striving for for so long, it just proves to me that anything is possible.”