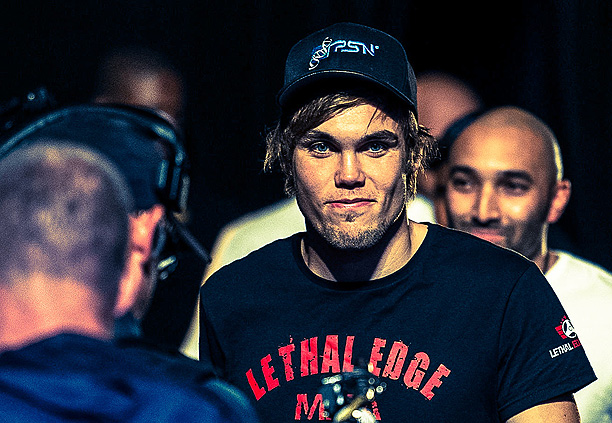 Johannesburg (South Africa) – Cape Town’s Shaun de Lange has been off the grid ahead of his main card clash with Gordon ‘Rage’ Roodman on August 7. His silence has been amplified by the media activity of Roodman, a self-made ‘media machine’.

“He’s going on to his third EFC appearance and he’s already a household name,” said EFC president Cairo Howarth of Roodman last week. “De Lange, on the other hand, we never see or hear from him except when he’s actually in the Hexagon. Gordon knows how to sell a fight, where is De Lange?”

Today De Lange broke his silence with a short but sweet message, sent to EFC HQ.

“There’s a reason you don’t see me except when I’m in the Hexagon. I’m training. My job is to fight. Gordon can hype this fight all he wants, none of that matters when he steps in front of me, and I smash him up like all the rest. Saxon [Delafield] had a lot to say before we fought and he went down in flames. Gordon, I’m glad you’re having fun. You won’t be smiling as wide on August 7.”