“I’m Better On The Ground” 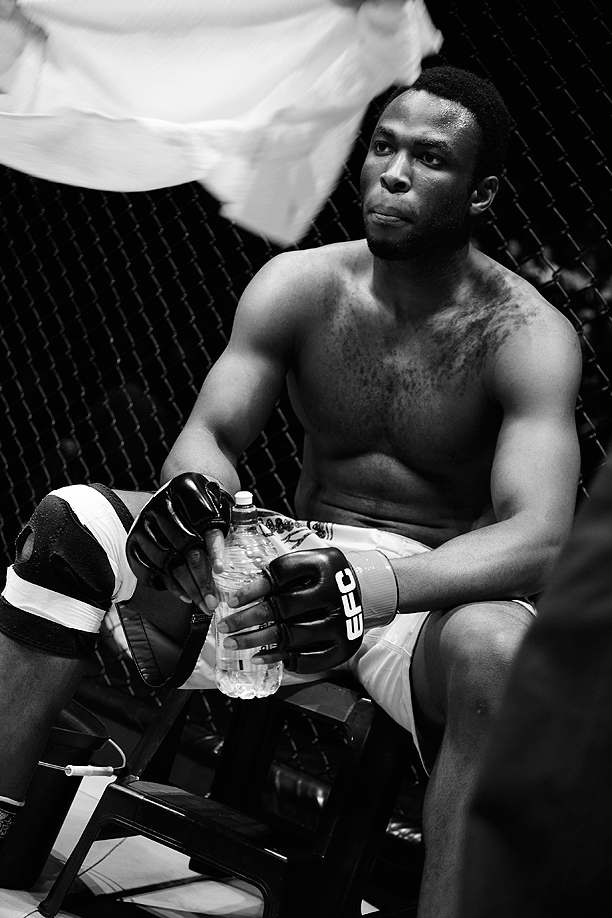 Johannesburg (South Africa) – On August 07 Nigerian born, Ireland based Henry ‘Herculeez’ Fadipe defends his welterweight belt for the first time against Adam ‘The Prodigy’ Speechly. The Extreme Sports Channel got inside the mind of the champ in this interview.

You have your first title defense coming up against Adam Speechly at EFC 32. How are preparations going?

It’s going really well. I’m training really hard on the usual things like my cardio and grappling. It’s the same camp but I have to work a bit more on my ground because I know Adam is going to try and take it down there more than Dino did. But I know I’m better on the ground. I’m actually more comfortable down there than I am on standup so people are going to change their opinion pretty quick. I’m definitely looking forward to testing myself on the ground and putting an end to people thinking I’m just a standup fighter.

Your standup is clearly very strong, but what are you like on the ground?

What did it mean to you to win that belt at EFC 29?

Winning the belt wasn’t that much – it’s keeping the belt that is more important. You’re not really the champion until you’ve defended the title. So I’m actually more eager to defend it than I was to win it. This welterweight belt has never been defended before and that’s because the belt was looking for me! Becoming the first person to defend the belt would mean even more than winning it. I can’t wait for it.

As a Nigerian fighting out of Ireland, what sort of reception do you get from the fans in the Hexagon on fight night? Has it changed now you are the champ?

To be honest it was very different at first because it was very one sided. But after a couple of fights they opened up to me, and it’s amazing now. I have more fans over there than I do over here now. I think I’ve won them over with my style of fighting. At the end of the day, everyone likes to see a finisher rather than a decision. In Ireland I have a local following but apart from that there isn’t so much. I’d like to change that so I’ll just keep doing what I’m doing.”

You’re now 22 so it has been a remarkably quick rise to the top for you! How did you do it?

It has! I didn’t expect this and I wasn’t gunning for the belt but it just came to me. I think I’m suited to EFC because they like entertaining fights. They like to see guys finishing fights and that’s what I do. There are those guys with long winning streaks but everyone likes a finisher. Finishing is my strength and not letting it go to the judges to wait for a decision.

How did you make that leap into EFC Africa?

My coach was watching Extreme Sports Channel at home one day. He saw the show [EFC] and got in touch. They looked at my videos, liked me and I went over.

Brand new EFC 2014 programming, including Fadipe’s title fight against Dino Bagattin, can be seen in the UK, weeknights at 22:00, on Extreme Sports Channel from 25th August . www.extreme.com.