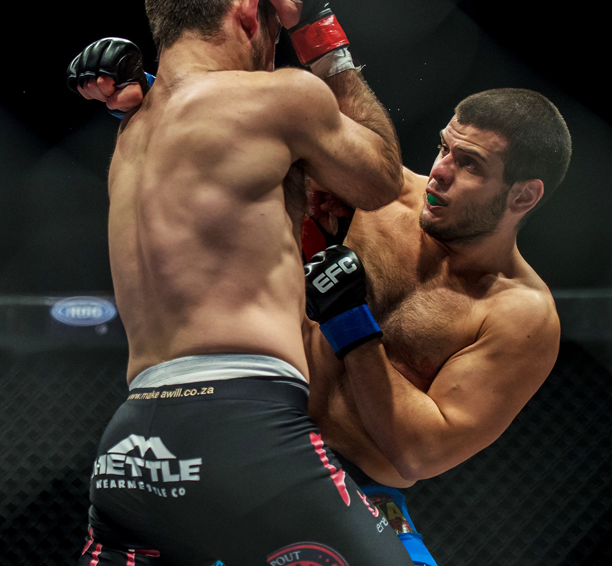 Johannesburg (South Africa) – Nelson Feiteira’s bout against Tyson Chelin, scheduled to take place on August 30, has been cancelled due to medical suspension concerns.

Feiteira lost his last fight by TKO (July 03), and was given a 45 day no fighting medical suspension.

He was matched to face Chelin 13 days outside of the suspension window. On further discussion between EFC and Officials, however, all agreed that it would be better if he did not compete so soon, as Feiteira would need to engage in hard sparring to properly prepare.

EFC will look to match both athletes at the earliest opportunity.

EFC 33, presented by BetXchange.com, Durban ICC, Saturday 30 August 2014. Tickets on sale at www.computicket.com. Book your cinema ticket to all fights live and in HD at www.sterkinekor.com. Watch the entire event live, from anywhere on the globe, via online streaming at efcafrica.tv.