The Fight That Had To Happen

Fadipe vs. Speechly a year in the making 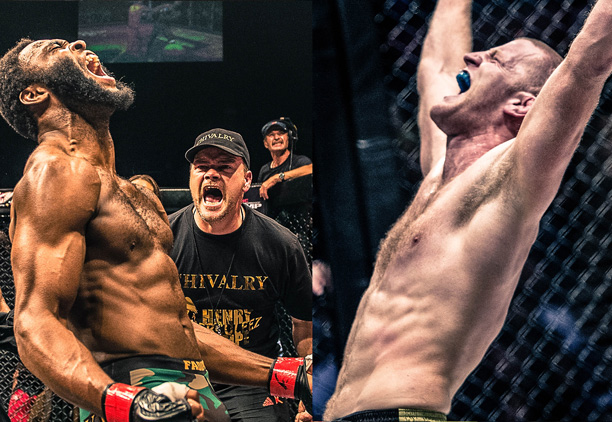 Johannesburg (South Africa) – On August 07 Adam ‘The Prodigy’ Speechly goes up against EFC welterweight and undefeated champion Henry ‘Herculeez’ Fadipe. This is not the first time Speechly and Fadipe have crossed paths.

In December last year Fadipe was making waves across the globe. Fresh from a first round submission win over Martin van Staden, a win that very few predicted, he was a massive new force on the welterweight horizon.

“After what Henry did to Martin,” said Graeme Cartmell, EFC matchmaker, “it was obvious to everyone that he had the potential to go all the way to the title. We needed to give him the ultimate test. Adam Speechly was the clear choice.”

Speechly was the EFC organisation’s first welterweight champion, and has fought in three title bouts. He has headlined four EFC events, and been scheduled to the main card eight out of the ten times he has fought for the organisation. He is a phenomenal all-rounder, his ability proven by his most recent win at the time; also against Martin van Staden. Stepping in on only a week’s notice he put on an unforgettable display of MMA, battering Van Staden from every angle to take a decision victory.

The world prepared for a Speechly vs. Fadipe, but fate had other plans. On 26 November, two weeks before the fight, Speechly took an accidental knee during sparring. His severely split lip forced him to pull from the fight.

The injury that pulled Speechly from the fight.

Speechly’s training partner, Michiel Opperman, stepped in and famously lost by KO after taking a double Fadipe elbow to the jaw. The win handed Fadipe his title shot against Dino Bagattin, and eventually the belt.

Missing out on fighting Fadipe was a mental setback. Getting to face him as champion, however, is what Speechly now sees as ideal.

“He is the perfect opponent for me because he is the most dangerous man in the division,” said Speechly. “For me to do the best I can I need to feel fear. I need to know that this guy I’m fighting, if I’m not prepared for him, then I’m in for a hell of a night. Henry is that guy. Preparing for him is going to elevate me, because of where I need to get to to compete, and to win.”

On August 7 two very gifted athletes meet to contest the continent’s most controversial belt. It’s a fight nearly a year in the making, and one that had to happen.